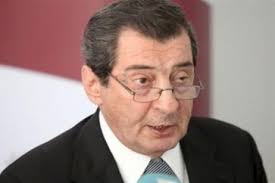 “The country is in a state of disintegration”. With this phrase, Deputy Parliament Speaker Elie Ferzli started his comments during a Sunday interview with “Voice of Beirut International,”

Earlier he called on the army to take over power directly and immediately.

Ferzli ‘s comment came after what he described as a coup against the judicial by a pro Aoun judge , “something like we have not witnessed even in the midst of the civil war, when judges were assassinated in the Criminal Court”, he said

Ferzli stressed the need for the army leadership to take over power, suspend the constitution, dissolve the parliament and the cabinet, and “send the president of the republic home .”

According to analysts , Ferzli’s call on the army to take over and send Aoun home is a significant development since he is allied with the Iranian backed Hezbollah militant group

Hezbollah , on its part has also started preparing for the complete disintegration of the country . For the first time ever it opened a chain of supermarkets and issued ration cards to feed its own people