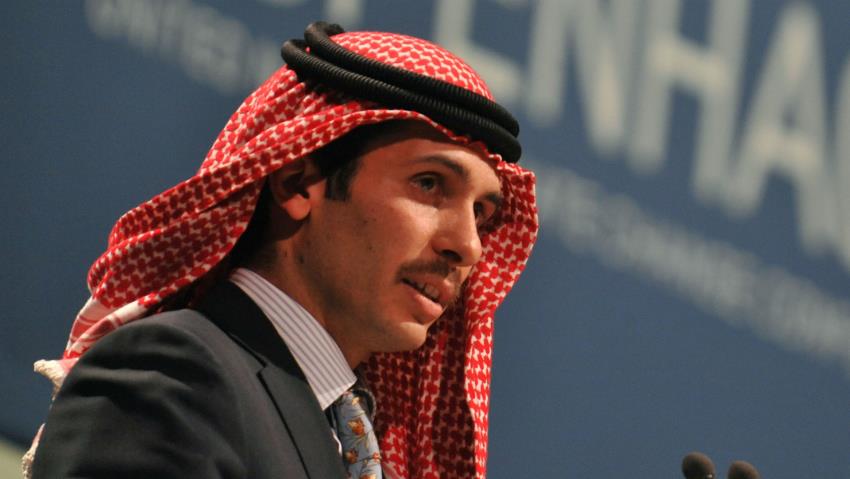 Jordan’s Prince Hamzah has been outspoken against corruption in the kingdom, and recognized failures to tackle the kingdom’s economic difficulties.
Share:

Prince Hamzah bin Hussein and about 20 others have been detained in the plot to overthrow his brother, King Abdullah II, the Washington Post reported

Prince Hamzah bin Hussein and about 20 other people were detained on suspicion of planning to oust his brother, King Abdullah II, in a plot termed by the authorities “a threat to the country’s stability.”

The report added that the complex plot included at least one other member of the country’s royal family, as well as other leaders and security figures. An intelligence official said that the plotters had “foreign ties,” but did not explain further.

Prince Hamzah is under restriction at his palace in Amman, the reports said.

According to the Petra state news agency, Jordanian security forces also arrested a former advisor to the king. U.S.-educated Bassem Awadallah, a long-time confidant of the king who later became minister of finance, and Sharif Hassan Ben Zaid, a member of the royal family were detained along with other unnamed figures, Petra said. It gave no details.

Arrests of top officials and royal family members are rare in Jordan.

Awadallah, who was a driving force behind economic reforms before he resigned as chief of the royal court in 2008, has long faced stiff resistance from an old guard and an entrenched bureaucracy that flourished for years on government perks

Jordan’s powerful intelligence agency, with a pervasive influence in public life, has played a bigger public role since the introduction of emergency laws at the outset of the coronavirus pandemic last year, which civic groups say violate civil and political rights.

Prince Hamzah bin Hussein, (31)  is the elder son of King Hussein of Jordan and his American-born fourth wife, Queen Noor. He was named Crown Prince of Jordan in 1999, a position he held until his half-brother, King Abdullah II, rescinded it in 2004.

On the other hand King Abdullah was born in Amman as the first child of King Hussein of Jordan and his second wife, British-born Princess Muna. As the king’s eldest son, Abdullah was heir apparent until Hussein transferred the title to Abdullah’s uncle, Prince Hassan, in 1965. A few weeks before his death in 1999, King Hussein named his son Abdullah as his heir, and that is how Abdullah succeeded his father.

King Hussein changed his line of succession a total of four times: “From his brother Muhammad, to his infant son Abdullah, to his second brother Hassan, and again to his then-grown-up son Abdullah.”