With Lebanon on Biden’s radar now, what will his next step be? 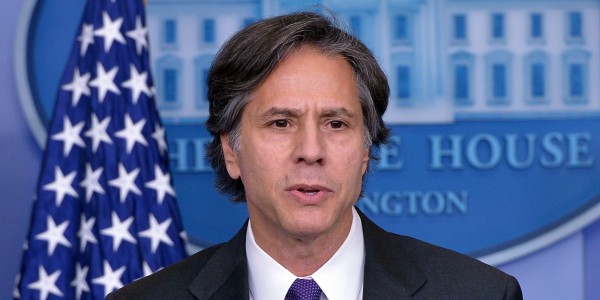 With his visit to Europe last week, US Secretary of State Antony Blinken has somewhat restored his country’s favourable relations with the continent and with key Nato allies. Amid America’s attempts to resurrect the international order, Mr Blinken has also helped deepen its co-operation with Asian powers such as India, Japan and Australia. These moves are being shaped by America’s rivalries with China and Russia, as well as recent developments in the Asia-Pacific and the Middle East.

Two months into his inauguration, President Joe Biden is finding it difficult to make speedy progress on the Iran nuclear crisis and the war in Yemen. Hence, the administration is resetting its expectations. This has created an opportunity for Washington, its allies and regional powers to think out of the box on how to resolve some of the more vexed issues. It is becoming increasingly clear, for instance, that the Biden administration seeks to resolve the Yemen conflict in concert with the UN. Other issues, such as Lebanon’s economic and political crisis, will be outsourced to European allies, led by France.

Mr Blinken is fluent in French and is not known for confrontation. These attributes have helped produce a shift in US relations with Europe away from the combative, improvised and score-settling style of the Trump administration. Today, there is a new tone of co-operation and co-ordination between Washington and Brussels. An example of this is the West’s decision to place human rights sanctions on Chinese figures.

Yet, absent from the first round of US-Europe talks is policy clarity.

Discussions will no doubt have revolved around salvaging the 2015 Iran nuclear deal, which the US withdrew from three years ago but, under the Biden administration, seems determined to rejoin. Washington also wants Tehran to return to nuclear compliance without equivocation.

There is little to suggest that the Iranian regime intends to abandon its condition that sanctions be lifted before any talks on reviving the nuclear deal, or to show good faith by co-operating over regional issues such as Yemen. On the contrary, it seems that Iran will step up its policy of provocation and blackmail in areas where it has interests, such as in the Gulf, Yemen, Lebanon and Syria.

Aside from maintaining its focus on Iran, the Biden administration has decided not to withdraw US troops from Syria. It has lately shown an interest in Lebanon, too, perhaps having determined that it is running out of time before Lebanon may forever be lost to Iran through its proxy, Hezbollah.

There are myriad consequences if nothing is done to help fix Lebanon. It is becoming something of a failed state run by a corrupt political class, with its economy in tatters. There is potential for terrorism of various hues to grow within its boundaries. It could also lead to further illegal immigration to Europe and perhaps even conflict.

China and Russia have been trying to fill the vacuum left by US – at least prior to Mr Blinken’s visit to Europe. The Biden administration has activated its diplomacy, but it has yet to develop a clear policy that has teeth. And as long as sanctions against the Beirut’s political leaders are not leveraged, and as long as Tehran believes it owns Lebanon as a precious bargaining chip, the country risks slipping away.

As Ziad Baroud, a former Lebanese interior minister  and activist, told me, it is in the international community’s interest that Lebanon does not fall into “total and severe state failure for many reasons”, including terrorism and a refugee crisis. “With a new, non-confrontational administration [in Washington], we have a chance that things evolve positively,” Mr Baroud pointed out, “and I believe that co-operation between France and the US would lead to good results.”

The question is whether the West has the clout to rescue Lebanon – and more broadly – to resolve some of the long-standing issues in the Middle East. Also worth asking is whether Washington’s regional allies can make a more significant impact. According to Seyed Hossein Mousavian, a Middle East security specialist at Princeton University, this will be the more sensible approach towards finding a resolution.

Mr Mousavian, one might recall, served on Iran’s nuclear diplomacy team during its negotiations with the EU and the International Atomic Energy Agency. My takeaway from a recent conversation with him was amply clear: there is no other way to tackle the region’s issues except through bilateral dialogue between Saudi Arabia and Iran. “Biden, at the moment, is [too] weak … to bring the Iranian nuclear deal back to implementation and then start on broader issues. They [the Americans] are too weak,” he said.

Instead of waiting for US-Iran rapprochement, he added, “we need to count more on rapprochement between the regional countries”. Mr Mousavian said: “I believe Iran and Saudi Arabia, the two powerhouses of the region, can sit and manage relations, stability in the Gulf and even solutions … like Yemen,” beginning with confidence-building measures. He also said that if there was to be an international initiative on Lebanon’s future, “and you believe that Iran is a key player, you need to invite the regional key players to the table”.

In any case, American and French diplomats need to think outside the box on Iran, Yemen, Syria, Iraq and Lebanon. And that cannot happen without serious engagement.

Mr Blinken’s visit to Europe is, no doubt, a promising step in this direction. Even though Washington’s Middle East policy remains fuzzy, it isn’t wrong for it to have outsourced the Lebanon dossier to Paris – provided it rallies Arab support for the French initiative. The Biden administration must also leverage the previous Trump administration’s carrot-and-stick approach to dealing with Beirut. If it takes its eye off the ball, it will end up ruing the day when Lebanon falls completely into Iran’s sphere of influence. Worryingly, that day may not be very far.