US official blames Aoun, Bassil and corruption for failure to form a govt in Lebanon 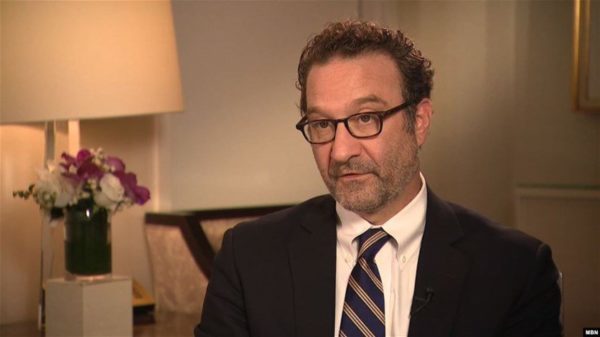 File photo: Former Assistant Secretary of State for Near Eastern Affairs David Schenker decided in his last visit not to meet with Lebanese officials, preferring instead to meet with representatives of civil society and independent or resigned deputies. He met them via video- service Zoom and told them the US “will not offer any financial support or aid to Lebanon in the absence of reforms.”
Share:

In an interview with al-Hurra television channel former US Assistant Secretary of State for Near Eastern Affairs David Schenker said, “Lebanon is full of people who not only cooperate with Hezbollah, but are very corrupt.”

He stressed that corruption is in every “part of governance in Lebanon, to the extent that it is impossible to form a government now.”

He said that Free Patriotic Movement chief, MP Jebran Bassil and his father-in-law President Michel Aoun “ want a blocking-one-third in the new government because of Bassil’s personal aspirations to ensure that he will be the next president of Lebanon.”