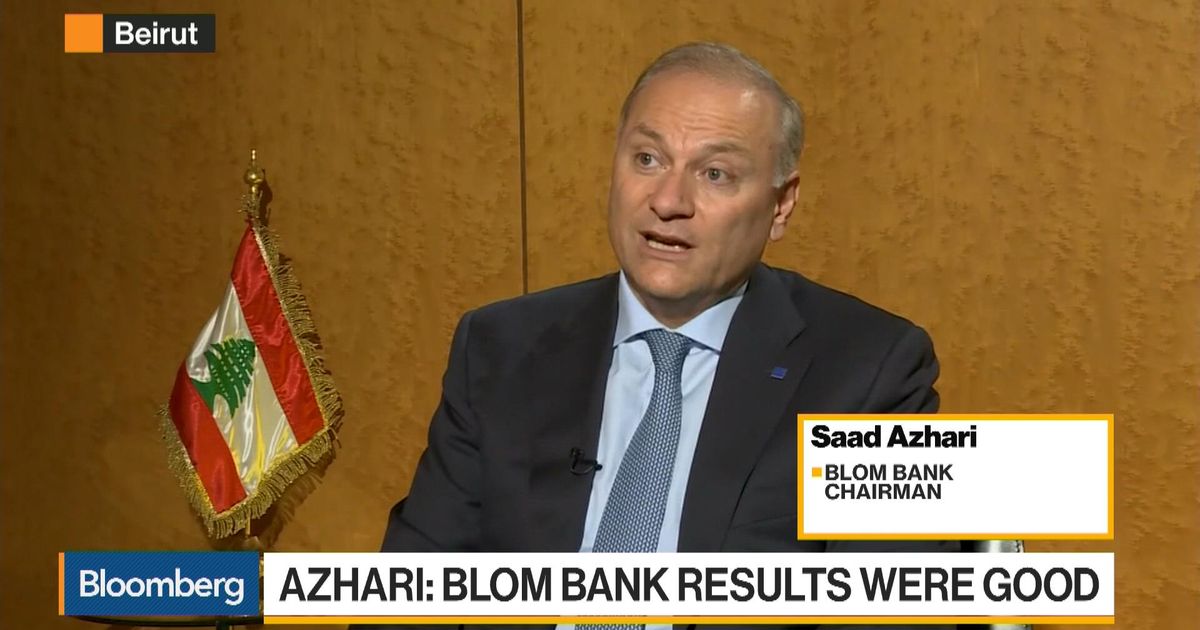 – A top Lebanese banker urged authorities to focus on the economy’s key vulnerabilities and called on the government to lean on its own assets to boost the central bank’s reserves. “The main problem that we have is the balance-of-payments deficit and this problem will not be resolved until we have a new government and we have really an economic plan and also an IMF program,”   Blom Bank Chairman Saad Azhari said in an interview with Bloomberg Television.

Lebanon, which defaulted on $30 billion in international debt a year ago, has been left with a caretaker government since Premier Hassan Diab’s cabinet resigned days after a massive blast ripped through the Port of Beirut and killed at least 200 people last August. The economy has cratered as a result, while a faltering currency peg touched off double-digit inflation. The International Monetary Fund estimates gross domestic product contracted 25% in 2020. The central bank has $16  billion of foreign-currency reserves left, down $14 billion since the beginning of 2020.

Azhari said a turnaround is possible if “a technocratic government” with “a serious economic plan” tackles Lebanon’s budget and balance-of-payments shortfalls.

“It will take time, maybe three-five years, but we can get out of the problem.” he said. The government has drafted a debt-restructuring plan that never went into effect following a backlash from lenders, the central bank and parliamentarians. The program, which became the basis for talks with the IMF, would have wiped out banks’ combined equity and introduced a haircut on deposits as it sought   to restructure the central bank’s liabilities to lenders, which amount to around $80 billion.

Azhari reiterated a previous call by Lebanon’s banking association for the government to use its own assets to help the monetary authority meet its liabilities. Lebanese banks have placed over half their assets with the regulator as part of the so-called financial engineering that the central bank began in 2016 to boost its reserves. Blom Bank, one of the country’s biggest lenders, agreed in January to sell its Egyptian unit to Bahrain’s Bank ABC for 6.7 billion pounds ($425 million). Lebanon’s banks faced an end of February deadline to raise their capital and liquidity.

The deposits at the central bank were made to comply with regulations and should be left intact as part of any future debt restructuring program, according to Azhari.

Lebanon has assets including real estate and ports and can find ways to help itself, he said. “No country in the world treated the deposits that banks have with the regulator as if they are loans,” Azhari said.

For more than year, banks have imposed de facto capital controls on withdrawals, limiting the access of depositors to their money and forcing them to take out dollars in the local currency at unfavorable rates. Azhari blamed the politicians for failing to formalize those restrictions and restore confidence in the economy. And despite accusations that banks allowed the transfer of billions of dollars abroad at the onset of the crisis in 2019, Azhari said Blom only permitted such operations for humanitarian reasons. “Definitely we didn’t accept” transfer requests “from the owners of the bank, or management or politicians to get their money out of Lebanon, and we were threatened,” he said.