Russia regrets US rejection of a Putin-Biden live debate 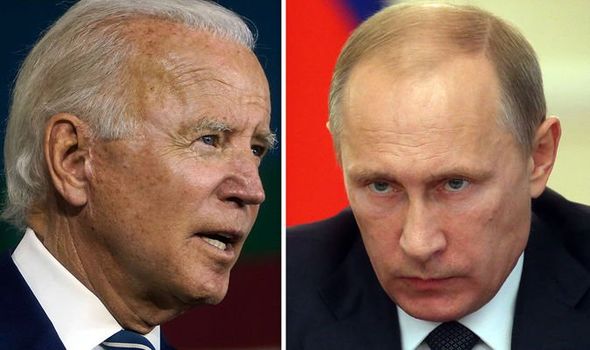 US President Joe Biden (L) agreed that Russian president Vladimir Putin ( R) is a killer with no soul . Biden is not the only US leader to call Putin a killer . The late US senator and Presidential candidate John McCain described Putin as an evil man, a thug and a murderer” in the old KGB-style”
Share:

Moscow said Monday it regretted that Washington did not respond to President Vladimir Putin’s proposal to organise a live debate with US President Joe Biden.

“One more opportunity has been passed up to look for a way out of the dead-end in Russia-US ties,” the Russian foreign ministry said in a statement. “Responsibility for that rests fully with the United States.”

In an interview last week the new Democratic president agreed with an interviewer who asked if he thought the Russian leader was a “killer,” prompting Putin to respond with a Russian playground chant that “he who said it, did it.”

On Friday, the Kremlin’s spokesman, Dmitry Peskov, said Putin’s offer of talks remained open and that Putin could do any time that was convenient for Biden, though the offer would not stay on the table indefinitely.

US President Biden’s comments sparked the biggest crisis between Russia and the United States in years, with Moscow recalling its ambassador for consultations and warning that ties were on the brink of outright “collapse”.

Moscow and Washington share a mutual distrust that flared after the Kremlin’s annexation of the Crimean peninsula in 2014.

Ties deteriorated over Russia’s alleged meddling in the US elections in 2016 and more recently when the West concluded that Russian opposition figure Alexei Navalny was poisoned last summer with a Soviet-designed nerve agent.

But the two countries have continued cooperation on issues of shared interest, including the Iran nuclear deal and the Afghanistan peace process.

The US Commerce Department announced this week it was toughening export restrictions imposed on Russia as punishment for Navalny’s poisoning in August.

Over the past few decades Russia has rarely recalled its ambassadors.

Moscow last summoned its envoy in the US in 1998 over a Western bombing campaign in Iraq.

In 2014, during the fallout after the annexation of Crimea, Putin refused to recall a Washington envoy even after then US President Barack Obama said that the Russian leader would pay for his Ukraine policies.

Putin at the time said recalling an envoy would be a “measure of last resort”.

Biden is not the only US leader to call Putin a killer . The late US senator and Presidential candidate John McCain described Putin as an evil man, a thug and a murderer” in the old KGB-style”