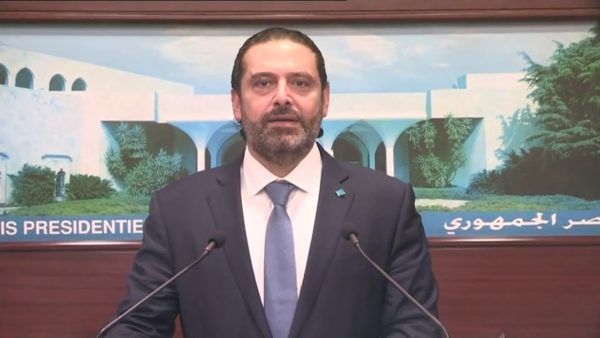 The meeting was very short , ended in nearly 20 minutes

Aoun reportedly presented to Hariri a cabinet lineup containing a blocking one-third-plus- in the cabinet for his political group.

The meeting was ended because Aoun insisted on getting a blocking one-third-plus- in the cabinet for his political group which Hariri called unconstitutional .

Lebanon remains without a government .

There was a high expectation that Hariri and Aoun will be able to form a cabinet today . For this reason the exchange rate for the Lebanese Lira improved the last few days .

French Foreign Minister Jean-Yves Le Drian said Europe must take action as Lebanon collapses , adding that he would press EU foreign ministers meeting on Monday to discuss solutions to the economic and political crisis in Beirut.

Paris has spearheaded international efforts to rescue the former French protectorate from its deepest crisis since the 1975-1990 civil war, but after seven months has failed so far to persuade squabbling politicians to adopt a reform roadmap or form a new government to unlock international aid.