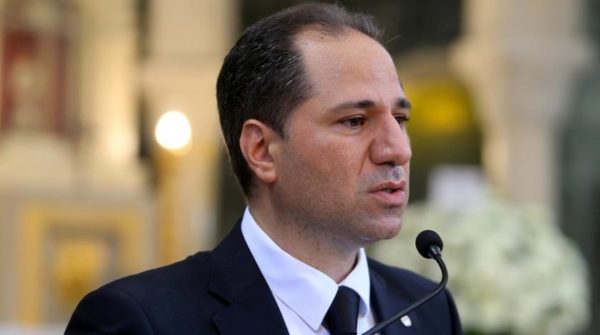 Beirut – Hezbollah Secretary General Hassan Nasrallah’s warning of a “civil war” in Lebanon was condemned by various political parties, while others saw it as a mere political message.

In a televised address on Thursday, Nasrallah said there are those who are working to ignite internal strife, citing information he had about external forces and some internal parties pushing in this direction.

His words were strongly rejected by the Phalange Party and the Lebanese Forces, who blamed Hezbollah for the current situation in the country.

Head of the Phalange party, resigned MP Sami Gemayel, said that no one in Lebanon wanted war except Hezbollah.

“Sayyed Nasrallah mentioned the word civil war 10 times. What is this intimidating talk about a civil war? There is no civil war in Lebanon and there is no Lebanese who wants it except you… What is certain is that the Lebanese people from the North to the South do not like war, but peace,” Gemayel stated.

He added: “You are in control of the country and this system, and you define the limits of the political game. You consider that the people’s revolution is directed against you. No, this revolution wants to build a state, a country and a future.”

Lebanese Forces MP Georges Okais asked Nasrallah to disclose information he had about the parties pushing towards civil war.

“Don’t the people of Lebanon deserve to know who wants to harm them? They already know who starved him, impoverished them and pushed them to emigrate,” he remarked.

Lebanese Forces MP Fadi Saad called on Hezbollah to hand over its arms, saying on Twitter: “The (Supreme Leader) of the Lebanese Republic warned of a civil war that is only present in his agenda, using illegal and unconstitutional methods to evade the responsibility of his weapons for the collapse.”

“Respect our intelligence and abide by the constitutional and legal mechanisms, and let the Lebanese people decide their fate by their own free will,” he urged.

He concluded by demanding: “Hand over your weapons.”

The economically troubled situation in Lebanon may lead to security chaos, but not a civil war, he asserted.

Abdallah said he believed that Nasrallah’s words carried a political message and served as a form of pressure on the parties to form the government, especially Prime Minister-designate Saad Hariri.