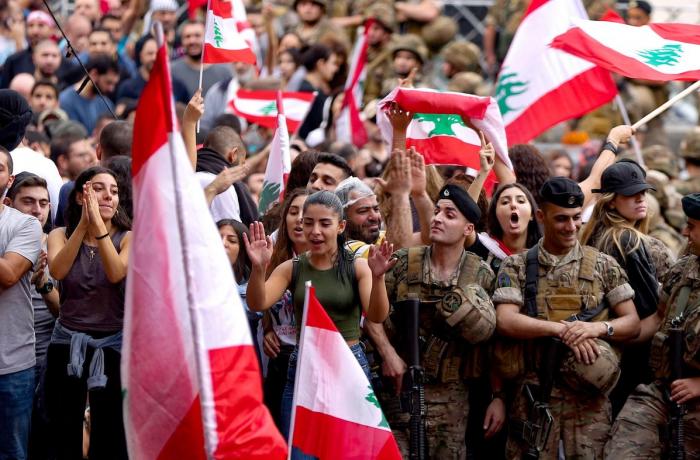 In his Sunday homily, Cardinal Beshara BOUTROS Raï stands in solidarity with population’s “anger” . The army’ duty is to defend democracy, sovereignty and neutrality of the nation. He asks young people and demonstrators, the hope of tomorrow, not to block the roads and avoid clashes with the military.
Share:

In his Sunday homily, Cardinal Beshara BOUTROS Raï stands in solidarity with population’s “anger” . The army’ duty is to defend democracy, sovereignty and neutrality of the nation. He asks young people and demonstrators, the hope of tomorrow, not to block the roads and avoid clashes with the military.

In rising tension with the extremist Shiite party, the Cardinal branded the endorsement of the illegal possession of weapons as inconceivable and only the army is entitled to have a monopoly.

During the homily of the mass celebrated yesterday, Card. Raï said he understands “the anger of the people” and that “of the army” which is a direct emanation of the people and it is “inconceivable” to set them against each other. It belongs “to the entire Lebanese population, no one has the right to make an army for a faction in power”.

The Maronite primate continued that since the army represents the bulwark of democracy, it must not foment repression “and in all its components it is a symbol of national unity”. “By protecting this, they protect the homeland, its sovereignty and its positive neutrality”.

The Cardinal then criticized those responsible in the government, for having ordered the military to reopen the roads blocked by the demonstrators, while the Commander in Chief, Gen. Joseph Aoun attacked the political class for letting the army sink into crisis.

Card. Raï then also addressed the demonstrators, who returned to the streets. “The young revolutionaries – he said – are the hope of tomorrow. We urge them to close ranks, to harmonize their demands and to take their movement independent, so that the revolution is promising and destructive”.

Finally, a new call to the political and ruling class to form a government of qualified people, capable of embarking on a path of reform, who work to save Lebanon and not for the defence of personal, partisan and confessional interests.

The religious leader also criticized the blockade of the streets by the demonstrators, inviting them to favour protests in public squares to avoid clashes with the army or the police.

“The population – concluded the Maronite primate – is hostage to the struggles of those in power […] despite all the international appeals and popular aid, as if they had lost all national conscience and all compassion”.

In the mass celebrated yesterday in the church of St. George of the Greek Orthodox, Metropolitan Élias Audi strongly criticized the political leaders, who “forced people to fast and made them die of hunger. This is terrorism. Starvation kills”, then wondering “what country can persist without a government? ”.

He called for more border controls, an end to smuggling and the protection of money and funds so that they are truly for the benefit of the people, at a time when poor citizens are struggling for their very survival. “The situation in the country is tragic – he concludes – and you [politicians] are just looking on while it burns like Nero. Leave your interests and ambitions aside!”.