Pope renews appeal for Syria on 10th anniversary of conflict 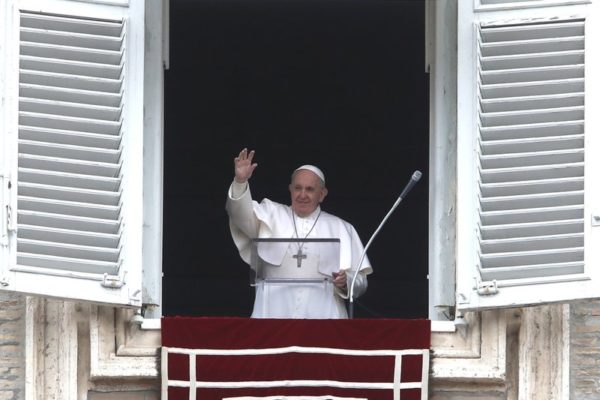 Pope Francis blesses the crowd as he recites the Angelus noon prayer from the window of his studio overlooking St.Peter’s Square, at the Vatican, Sunday, March 14, 2021. The pope offered prayers for Syria during his blessing, noting that a decade has passed since the start of the “bloody conflict in Syria.” (AP Photo/Alessandra Tarantino)
Share:

VATICAN CITY (AP) — Pope Francis has renewed his “heartfelt appeal” to all sides in the Syria conflict to demonstrate “signs of good will so that a glimmer of hope can be open for the exhausted population.”

The pope offered prayers for Syria during his traditional Sunday blessing in St. Peter’s Square, noting that a decade has passed since the start of the “bloody conflict.”

It “has caused one of the most serious humanitarian disasters of our times, with an unknown number of dead and wounded, millions of refugees, thousands missing, destruction and violence of every type, enormous suffering for the entire population, in particular the most vulnerable, including children, women and the elderly.”

Francis also expressed hope for “a decisive and renewed commitment” in the international community, so that “once arms are laid down, the social fabric can be mended to launch reconstruction and economic recovery.”