US Urges Lebanese Leaders to Work for People’s Common Interests 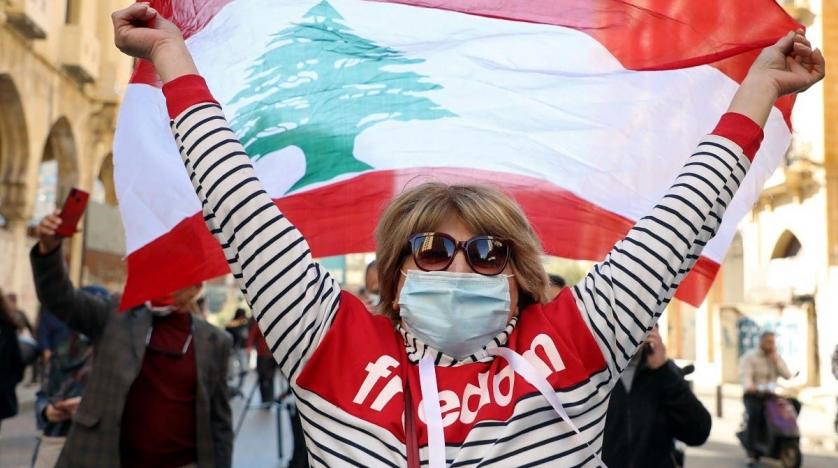 A protester holds up a national flag during a protest in Beirut, Lebanon March 6, 2021. Reuters
Share:

Washington has expressed concern over developments in Lebanon and the apparent inaction of Lebanese leaders in the face of multiple ongoing crises.

“Lebanon’s political leaders need to put aside their partisan brinksmanship. They need to change course. They need to work for the common good, the common interests of the Lebanese people,” US State Department Spokesman Ned Price said during a press briefing in Washington on Friday.

His statement came hours after French Foreign Minister Jean-Yves Le Drian said time was running out to prevent Lebanon from collapsing and that he could see no sign that the country’s rival politicians were doing what they could to save it.

They also came as the International Support Group for Lebanon reiterated in a statement that Lebanese leaders must no longer delay the formation of a fully empowered government capable of meeting the country’s urgent needs and implementing critical reforms.

“The Lebanese people, we believe they deserve a government that will urgently implement the necessary reforms to rescue the country’s deteriorating economy. We know that the Lebanese economy is in a state of crisis because of decades of corruption and mismanagement,” Price said.

He said the international community has been very clear that concrete actions remain absolutely critical to unlocking longer-term structural support to Lebanon.

Asked whether the administration of President Joe Biden was planning to put any pressure on Lebanese political figures to form a new government, Price said, “We have demonstrated a long-term commitment to the people of Lebanon over decades, and we will continue to stand with them. We would not want to do anything that would in the first instance add to the plight of the Lebanese people.”

Prime minister-designate Saad Hariri is at loggerheads with President Michel Aoun and has been unable to form the cabinet since October.

Groups of protesters have been burning tires daily to block roads since the Lebanese currency tumbled to new lows, deepening popular anger over Lebanon’s financial collapse.