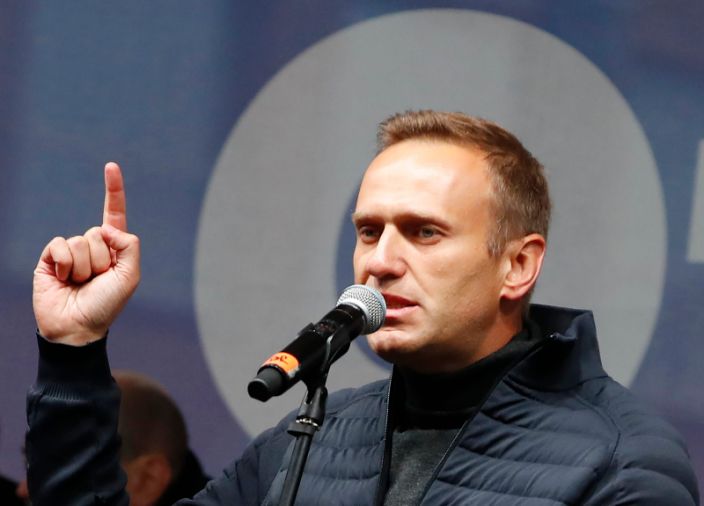 The US has announced sanctions on seven Russian government officials and 13 Russian and European companies in response to the poisoning of the opposition leader Alexei Navalny, which a US intelligence assessment confirmed to be the work of the FSB.

Senior administration officials described the measures taken, which are also a response to Navalny’s continued imprisonment, as catching up with sanctions imposed on Moscow by the EU in October while the Trump administration had largely turned a blind eye.

The officials said policy towards Russia was now being closely coordinated with European allies, and that more punitive measures would be issued in the coming weeks in response to last year’s Solar Winds cyber-attack, Russian interference in the 2020 election and bounties allegedly offered to Taliban fighters and other extremists for killing US soldiers.

“The tone and substance of our conversation with Russia, and our conversations about Russia, will be very different from what you saw in the previous administration,” one senior official said.

The sanctions are being imposed under the 1991 Chemical and Biological Weapons Act, “and other authorities”, and represent an expansion of those already imposed in response to the attack on the former spy Sergei Skripal and his daughter in the UK in 2018.

Among those blacklisted were Andrei Yarin, the chief of the Kremlin’s domestic policy directorate; Alexander Bortnikov, the director of the Federal Security Service (FSB); and deputy ministers of defense Alexei Krivoruchko and Pavel Popov, among others, according to a statement.

Any property or dealings in the US will be frozen or blocked and foreigners holding transactions with them could also face sanctions.

The commerce department announced a tightening of export controls on items potentially used to make chemical or biological weapons.

Nine Russian, three German and one Swiss company, as well as one government research institute, are being placed on an “entity list” which means US dealings with them would require a license “on presumption of denial”. The names of the companies and the institute were due to be published later on Tuesday.

“As sanctions go, this isn’t going to change any sort of behavior by Putin or force them to all of a sudden release Navalny – I’m highly suspect of that,” said Daniel Tannebaum, a sanctions expert and former compliance officer at the US Treasury’s office of foreign assets control.

But he added: “I’m encouraged by the rhetoric out of the Biden administration that this is the beginning, and not necessarily a reset but the first step to impose sanctions against the Putin regime for a variety of different issues.”