Yemen: Griffiths Calls for Peace that Ends with National Elections 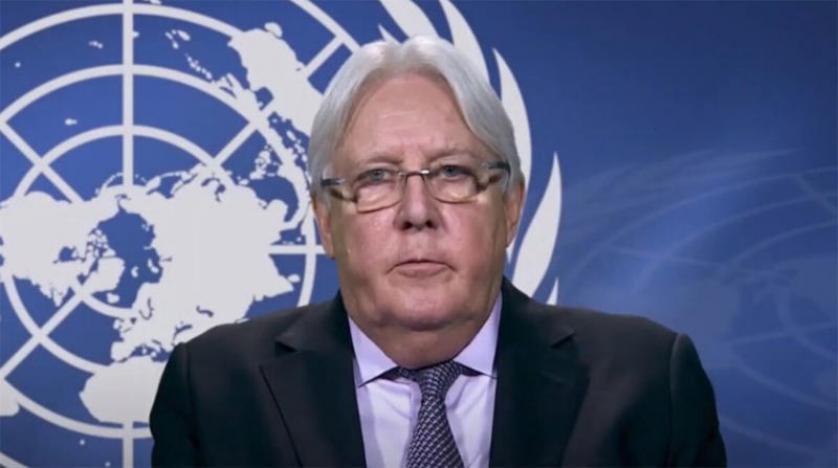 UN Yemen mediator Martin Griffiths warned on Thursday against Houthi militias stepping up their assaults on the war-torn country’s key Marib governorate, saying that the Iran-backed group’s offensive threatens the lives of millions of Yemenis.

More so, Griffiths was faced with a host of questions around his latest visit to Iran at the UNSC closed briefing session, a well-informed diplomat told Asharq Al-Awsat.

“Griffiths was particularly asked if Iranian officials had shown willingness to help in giving efforts for achieving a ceasefire in Yemen and rebooting talks a push,” said the diplomat, who requested anonymity.

The diplomat added that the 15-member body’s closed session was also leaning towards issuing a position calling on the Houthis to stop all military advances and cross-border attacks on Saudi Arabia, and to show their seriousness in negotiations for finding a comprehensive solution to the conflict.

“I think it is important at this point if I reiterate what I believe would constitute the basic elements of a mutually acceptable end to the war and a path toward peace,” Griffiths told the UNSC.

“Those elements should be guided of course by the aspirations of Yemenis and those aspirations have long been expressed – for a future marked by peaceful political participation, accountable governance, equal citizenship and economic justice,” he added.

“The only way to realize these aspirations is through a genuinely inclusive, Yemeni-led political process under United Nations auspices supported by the international community here represented.”

“Through this political process, Yemenis can indeed negotiate an agreement to end the conflict and start the road towards sustainable peace. Such an agreement should ensure a complete end to the use of violence for political gain. The agreement would be time-bound and would end with national elections,” Griffiths explained.