Lebanese pound loses 85 % of its value as it hits hits an all-time low of 10,000 against the US Dollar 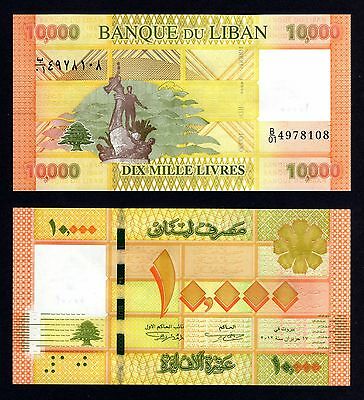 The value of the Lebanese currency against the US dollar dropped to an unprecedented level on the black market on Thursday, almost reaching LBP 10,000 to the dollar.

Economic expert Jean Tawileh said the sharp deterioration was the result of the increasing demand by importers for dollars from the black market over the past weeks, due to the failure of the Central Bank of Lebanon (BDL) to open credits for subsidized goods.

In remarks to Asharq Al-Awsat, Tawileh noted that the BDL’s reserves in foreign currencies were no longer sufficient to maintain subsidies.

Consequently, certain goods are no longer subsidized, but no official announcement was made in this regard, he said.

“This method is similar to giving a sedative pill to a critically ill patient and will not last for long,” Tawileh warned, adding: “Sooner or later, the support will stop due to the depletion of reserves, especially since no dollars will enter Lebanon before a political solution is reached, and after the adoption of an economic plan based on supporting local production and attracting foreign investments.”

The expert noted that that as long as the situation remains the same, the price of the dollar will continue to rise. He explained that the BDL was printing banknotes in Lebanese currency on a monthly basis, in order to secure depositors’ funds based on the platform’s exchange rate of LBP 3,900 pounds to the dollar, and to pay public sector salaries.

He stressed that the solution lied in the adoption of a clear economic plan that would restore the confidence of the international community and ensure the entry of fresh dollars before an imminent social explosion.

The head of the Food Importers Syndicate, Hani Bohsali, told Asharq Al-Awsat that the import of subsidized goods within the food basket has decreased significantly, due to the BDL’s delay in approving credits.

The price of gasoline, which the BDL secures 85 percent of its import on the official rate of LBP 1,500 to the dollar, rose by 30 percent over the past weeks. In remarks to Asharq Al-Awsat, the representative of fuel distributors, Fadi Abu Shakra, noted that this increase was due to the rise of oil prices globally and the drop of the Lebanese currency against the dollar.

The price of a loaf of bread, supported by subsidies on wheat imports, has increased by about 50 percent due to the increase in wheat prices worldwide.