Syria’s Assad family is neither Syrian nor Muslim or Arab, video 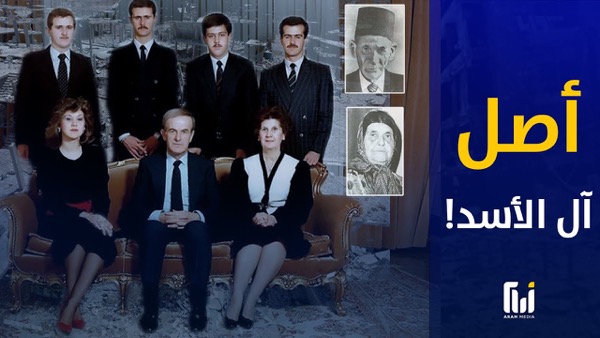 Syria’s Assad family is neither Syrian nor Muslim or Arab, or Assad , according to an Iraqi historian who interviewed Hafez video
Share:

A video clip circulated on social media revealed the real origin of the Assad family that ruled Syria for 50 years.

The video clip, according to what was revealed by an Iraqi historian who interviewed the late Jamil al-Assad, brother of the late Hafez al-Assad, the Assad family is not part of any Syrian sect and they are not Muslims, as they adhere to the “Kaka’i” sect.

in addition to their protection of Alawite sectarianism, at a time when they have never been Alawites as it turns out that the Assad family is of Kurdish origin and of the Kaka’i religion.

Jamil al-Assad, confirmed in 1993 at his house in Qardaha. Syria to Iraqi historian Izz al-Din Rasul, that they were neither Muslims nor Arabs and admitted that the Assad family is of Kurdish origins from the Khanaqin district on the Iranian-Iraqi border, and belongs to the Kaka’i religion The Iraqi historian Izz al-Din Rasul added that there is a sacred book in the Kaka’i religion , bearing the name Sarânjâm, and the Kaka’is do not reveal the content of this book except among themselves, so that their secret about not being Muslims is not discovered .

The Sarânjâm is reportedly written in Goran language which is of Indo-Iranian origin.

The Kaka’i  also known as Yarsani are very secretive about their faith. They are followers of a syncretic religion, which dates to the fourteenth century in western Iran and contains elements of Zoroastrianism and Shi’ism . Nevertheless, their distinct practices and beliefs have resulted in some persecution.

They are generally considered to be Kurdish in ethnicity, speaking a dialect known as Macho.