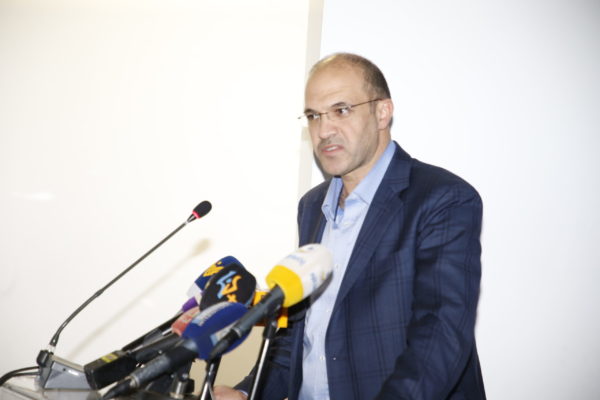 The media office of caretaker Minister of Public Health Hamad Hassan denied, in a statement, “the reports circulating about the Pfizer vaccine over favoritism in distribution of the vaccine .”

According some of the reports The Phizer vaccine which is considered the Gold standard will only be available for members of parties associated with Hezbollah.

Hassan, who represents Hezbollah in the caretake cabinet called the reports misleading and aimed at insulting the reputation of the ministry and undermining its credibility .

Lebanon has reserved 2.7 million doses of vaccines from multiple international companies and 2.1 million to be provided by Pfizer, PM Hassan Diab’s office says.

Minister Hassan also revealed that the AstraZeneca vaccine, which was reserved by the Ministry of Health on the Covax platform, received the approval of the World Health Organization, which constitutes a positive development, especially since the date of the arrival of this vaccine is expected at the beginning of the fourth week of February .

One analyst who goes by the name of Arzna commented on the Pfizer vaccine that will be shipped to Lebanon by saying: