France and Lebanon, between history and civilization 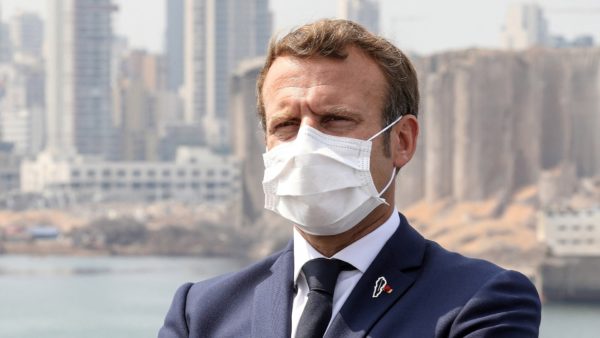 France’s Louis IX announced that “the nation of Saint Maron” was part of the French nation from Acre in 1250. Francis I of France wanted to conclude an agreement with Sultan Suleiman the Magnificent that ensured the Catholic community in Lebanon would be taken care of in 1535. France’s Louis XIV placed the Maronite Church under its protection in 1649. France under Napoleon III threw its political and military weight behind a Lebanese group’s victory in the aftermath of the events of 1860. While the French mandate declared the birth of Greater Lebanon with its current theoretical borders in 1920, per an old French naval army map.

Nonetheless, this same France discovered, through the insights of some of its delegates, that the emerging entity’s viability is tied to coming to terms with the rest of the moderate Muslim and Arab Nationalist population. Indeed, it went as far as eventually choosing Bechara Khoury, who had also been aware of this fact, as the republic’s president over its loyal friend Emile Edde. The latter was still associated, in France’s eyes, with a dry, obsolete and unviable conception of Lebanon as a pure Christian homeland, which Edde clung to. However, friendship considerations came back to prevail over these insightful convictions in those elections.

It is not the first time that France tries to reform Lebanon. In his memoirs, Former Lebanese Foreign Minister Fouad Boutros discusses France’s attempts to entrench the principles of good governance and judicial independence in Lebanon. He reverently recalls the day a French judge issued an arrest warrant against the French economic advisor to the French High Commissioner for his involvement in the ration distribution scandal of 1941. The rations were distributed because of food shortages, and Lebanese merchants’ greed resembles that of today’s merchants.

Merchants change, but greed is constant. Historian Kamal Salibi reserves a significant chunk of his book “Modern History of Lebanon” to discuss France’s struggles with Lebanese politicians because of their corruption. In an irony of history, the period of unconstitutional rule, which extended from 1932 until 1934, was brimming with French reforms similar to those advocated by some today, such as reducing public employment, resolving corruption and bribery scandals at the courts, reforming the administrative and financial systems, developing ports…

France and Lebanon have both changed. The “tender mother”- as some Lebanese came to describe the country after the events of 1860- needs to reexamine Lebanon’s features. Benevolent historical sentiments do not seem, so far, capable of transcending the novel political and military facts on the ground.

The French initiative for Lebanon has all the elements of integrity, and its integrity may be the source of its paralysis. France has tried to frame its efforts within the framework of saving Lebanon economically and socially, and it tried to walk a thin rope of contradictions, but it faced multiple difficulties and one that was particularly insurmountable. Iranian and US intractability is accompanied by Lebanese domestic intractability, while compelling the Arabs to believe in Lebanon’s viability again is another significant challenge.

France tried to avoid angering Iran. In this vein, it overlooked the major issues, worked on the assumption that the port explosion had been a coincidental accident and that international investigation of what had happened is not relevant, avoided prioritizing early parliamentary elections, and made Hezbollah’s inclusion a requisite for any agreement. But this angered the US and did not satisfy Iran.

Iran is not concerned with the figures of poverty and unemployment in Lebanon, but the number of rockets ready to launch at a critical moment of contention. It does not care for Lebanon’s GDP, which has shrunk to less than half what it had been, but for the extent to which it can incentivize military engagement if needed. And Iran will not hand the mantle to any country or initiative or accept any to enter into any partnerships that hinder its project for Lebanon’s future.

The French initiative needs a favorable Iranian engagement; thus, outright frigidity is the most positive way Iran has dealt with it so far. Although this initiative does not have repercussions on the pillar of Iran’s grip on Lebanon’s fate- all of its provisions are “general”; economic, financial, and administrative, and its political provisions are procedural, in that they do not have implications for the core of the current structure or the possibilities for its development, with the exception of calling for an apolitical government of experts. Instead, France was humble and satisfied itself with saving Lebanon economically, a solemn and noble endeavor.

Trump’s US was an impediment, and we do not know what Biden’s US will be like. In the context of its conflict with Iran and its allies, the previous administration continued its policy of applying political, economic, and financial pressure, which has thus far exhausted Lebanon and Iran. Perhaps Al-Qard al-Hassan flourishing as prestigious commercial Lebanese banks collapse- banks that used to give out loans to the World Bank, the Indian government, and international corporations like the Rhino (Fawaz Traboulsi; “A Modern History of Lebanon)- and as the Central Bank languishes in instability, with its governor, Riad Salameh, going from one trial to the next, is perhaps the best expression of the consequences of the US Lebanon policy during Trump’s term, during which it fought the legitimacy of Iran and its allies but ended up entrenching their influence.

The foremost impediment is the absence of a decent, independent and weighty local Lebanese faction that can push for a minimal implementation of the French initiative and form a government that would be a first step on the path to restoring economic, social and political health and allowing Lebanon to reinvigorate its ties with the Arab states that have given up on the country after it had become hostile in every way.

How expressive is the scene of the French president insisting on the formation of a government in Lebanon, not France, in contrast with the Lebanese president’s disregard for the issue… It seems clear that Emmanuel Macron is more devoted to Lebanon than Michel Aoun, who goes about his daily business, going from stride to stride.

The Arabs turned their backs on Lebanon after some Lebanese left their country associated with every anti-Arab sentiment seen throughout the countries subjected to Iranian expansion, from Syria to Iraq to Yemen, countries that have transformed from homelands to mere arenas. While some Lebanese yearn for an Arab presence, others feel that they have succeeded in defeating the Arabs and keeping them out of Lebanon.

Forming a balanced government alone will not enable us to re-attract the attention of the Arabs if it is not accompanied by the emergence of a new political position that shakes off the burden of the axis of resistance and its hijacking of Lebanon’s foreign policy. It is a challenge for the French initiative, but it is a Lebanese challenge first. In its history, Lebanon has not experienced an Arab rupture like that seen today since the crisis that arose between Lebanon and the Kingdom of Saudi Arabia during the era of the late President Charles Helou in 1918, which was not as severe as the current situation. It was enough for lawyer Emile Edde to arrive on a French ship to be crowned Prime Minister of Lebanon and then President of its Republic in 1936. More than a hundred years later, an Iranian missile or an American drone might share political space in Lebanon with the French ship. The country also lacks the Lebanese spirit determined to salvage the situation and reconcile with the Arabs.

MP Wael Abou Faour  of the Progressive Socialist party is a member of the Democratic Gathering parliamentary bloc he is also a former Lebanese Minister of State , Social affairs and Public Health

Disclaimer: The views , opinions and data expressed in this article are those of the author and do not necessarily reflect the official policy or position of Ya Libnan.