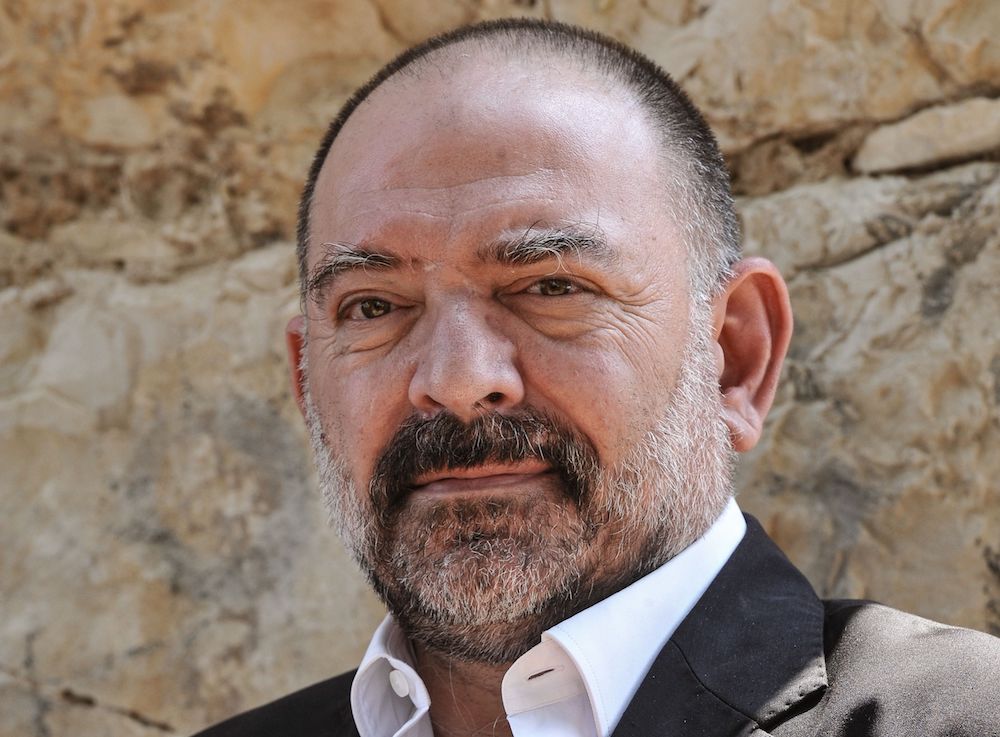 Hezbollah critic , Lebanese author and activist Lokman Slim, 59, was found dead in his car with 4 bullets in his head and one in his back . His assassination sparked outrage in Lebanon
Share:

BEIRUT/LONDON: Lebanese author and activist Lokman Slim, 59, was found dead on Thursday morning in the southern region of Zahrani. His killing was the first of a Lebanese Shiite anti-Hezbollah figure since 2004.

News of Slim’s disappearance broke on Thursday morning after nothing was heard from him on Wednesday evening after he started travelling home from visiting family in the southern village of Niha.

But in the early hours of Thursday morning, the news changed from a missing person to an assassination after Slim’s body was found in his car in one of the orchards of the Al-Adousiya area.

“We are demanding a thorough investigation which should determine the motive behind the killing and hold the perpetrators accountable,” Sherif Mansour, the MENA Program Coordinator for the Committee to Protect Journalists, told Arab News.

“The bottom line is that censorship including against critical journalists by fractions within Lebanon should not go unpunished and what we hope to see is that Hezbollah, especially because of their prior threats, will be questioned and pressured to provide answers.”

“In terms of censorship, we hope that the various Lebanese authorities would respect any media institution that has worked to cover not just this issue but others that are currently facing censorship by Hezbollah affiliates in Lebanon so that they can continue to operate without harassment or retaliation.”

Forensic doctor Afif Khafaja said that “the body was hit with five bullets, four in the head and one in the back,” which is an uncommon method of assassination. No identification cards were found on the body.

Slim’s family used a mobile application to locate his cell phone, which was found tossed in one of the orchards near the house he was at in Niha.

His killing is the culmination of a series of threats Slim has received for many years — which intensified in recent months — for his strong anti-Hezbollah stance.

He was accused by Hezbollah and its members of being an “Israeli agent” or “a Shiite of the American Embassy.”

The activist chose not to hide in his home in the region of Ghobeiry despite the threats he had received, refusing to let intimidation prevent him from publishing his ideas.

Threats were sent through flyers that were thrown into his garden and read “muffler” and “Hezbollah is the nation’s honor.”

In a statement he issued in 2019, he blamed “all that has happened and may happen in the future on the de facto forces represented by Hassan Nasrallah and Nabih Berri,” adding: “I place myself and my home under the protection of the Lebanese security forces, particularly the Lebanese Army.”

“This is a reminder of the risk journalists face in Lebanon, including those who have paid the ultimate price,” Mansour of the CPJ added, saying that, “I was reminded of the first documented murder an anti-Iran Shia journalist in 1992, Mustapha Jeha, and that also includes 3 other known cases in 2000 including prominent writers and intellectuals.”

Jeha was killed by unidentified gunmen while driving his car in an east Beirut suburb on Jan. 15, 1992.

Slim had turned his family home and the surrounding garden into a sanctuary for hosting intellectual and cultural activities.

He hailed from a family known for its knowledge, culture, openness and involvement in public affairs. His father, Mohsen Slim, was an MP and a prominent lawyer, while his uncle, Karim Slim, was an important judge.

Security sources told Arab News that “the area in which Slim’s body was found is a mandatory crossing route from Tyre district’s Niha village towards Beirut, through the Zahrani highway. However, Al-Adousiya’s population, where his body was found, has a majority of Christians and its overt loyalty is to the Free Patriotic Movement, while the neighboring town of Tuftaha has a Shiite majority and the majority of the town’s political affiliation is mixed between the Amal movement and Hezbollah. Whoever committed his crime has carefully chosen this area to dispose of the body.”

The judiciary instructed the Information Division of the Lebanese Internal Security Forces to conduct a complete scan of security cameras in the area to find out the route that Slim’s car took before his killing, and to download and analyze the data on his cell phone.

In her first comment on the assassination of her brother, Al-Ameer said: “We know who the killer is. He has control over the area in which Luqman was killed. Whoever threatened Luqman is involved in his murder, it has their signature all over it. They want everyone to leave and for only the killers to stay.”

The murder of Slim, who represents the opposing opinion within the Shiite community in Lebanon, provoked angry reactions across Lebanon.

President Michel Aoun requested a “swift investigation to clear up the circumstances of the crime and the parties behind it.”

The caretaker Interior Minister Mohammed Fahmi described the incident as a “horrific crime.”

Slim, one of the most prominent Lebanese intellectuals to be gunned down since historian Samir Kassir in 2005, was born in Beirut in 1962 and studied in France late in the 1975-1990 civil war.

His murder comes as Lebanon marked six months since a devastating blast at the capital’s port killed more than 200 people and ravaged entire neighborhoods.

What was one of the largest non-nuclear explosions in history was caused by a years-old stock of highly explosive ammonium nitrate in a port warehouse.

Yet Lebanon’s own investigation into the presence of the material and its ignition appears to be completely stalled.

Hezbollah’s enemies pointed a finger at the Shiite militia’s influence over Lebanese customs and port security following the explosion.

According to a judicial official, the prosecutor tasked with investigating the blast started looking into possible connections to Syrian businessmen this week.

The United Nations envoy to Lebanon Jan Kubis wrote he was saddened by Slim’s murder, describing him as “an honest independent voice of courage.”

He also said that, unlike the port blast, Slim’s murder should be investigated in a “speedy and transparent way.”

Former premier Saad Al-Hariri, whose father’s assassination sparked regional turmoil in 2005, said Slim had been clearer than most in identifying the source of danger to the nation.
“Luqman Slim is a new victim on the path to freedom and democracy in Lebanon and his assassination is inseparable from the context of the assassinations of his predecessor, he said in a tweet.
France’s Foreign Ministry called the killing a “heinous crime” and demanded a transparent investigation. “France asks that the facts be clearly established and that all those who can contribute to establishing the truth contribute fully,” Foreign Ministry spokeswoman Agnes von der Muhll said in a statement.
“It expects the Lebanese authorities and all Lebanese officials to allow the justice system to act efficiently, transparently and without interference.”