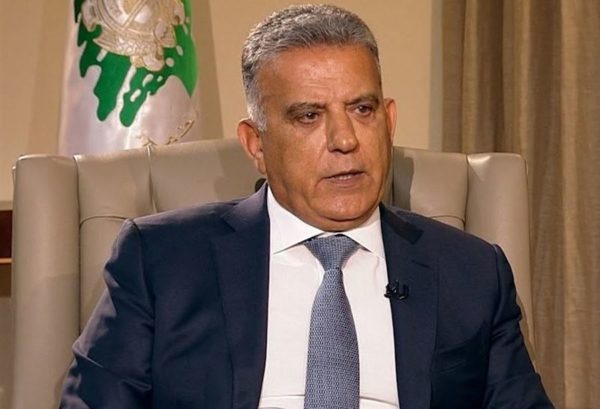 Lebanon’s spy chief Abbas Ibrahim has emerged as a master deal-broker, from securing the return of hostages and prisoners held abroad to mediating in seemingly intractable political feuds at home.

The 61-year-old head of Lebanon’s top intelligence agency has become an increasingly visible pointman on thorny dossiers and is widely expected to further step out of the shadow in the future.

Critics argue that Ibrahim owes his clout to the support he has from the Iranian-backed Hezbollah group but the General Security chief has worked to preserve an image of political neutrality.

Ibrahim forged a strong and trusting relationship with the powerful Shiite group when he was army intelligence chief for the south of the country.

This was “the foundation that has allowed Ibrahim to become a go-to for foreign and Arab states looking to communicate with Hezbollah”, political pundit Ali al-Amin told AFP.

“But any breach of (Hezbollah’s) trust would spell the end of Ibrahim’s professional and political career.”

Over a decade as Lebanon’s spymaster, he has deftly walked that tightrope and built a growing reputation as a regional troubleshooter.

His last appearance in the news came this week with a trademark deal to secure the return of 11 Lebanese citizens held in the United Arab Emirates.

Ibrahim, whose current tenure runs out in 2022, is often tipped as the only serious candidate to take over from veteran parliament speaker Nabih Berri.

Ibrahim was an army cadet at 19 and moved up the ranks to head up the army’s intelligence branch in Hezbollah-dominated south Lebanon before clinching the top security job in 2011.

Starting out when the Syrian conflict erupted next door, Ibrahim had to grapple with a host of challenges, most notably the war’s spillover in Lebanon.

His influence quickly extended beyond Lebanon’s borders as he started negotiating with Qatar to release hostages held by Syrian rebels.

In October 2013, he secured the release of a group of Lebanese Shiite pilgrims who were held for 17 months by Syrian Sunni rebels near the Turkish border.

In March 2014, Ibrahim helped free a group of Greek Orthodox nuns abducted by Al-Qaeda’s Syria affiliate from their convent in Maaloula, outside Damascus.

In the summer of 2019, Ibrahim — by then the go-to man for anyone looking to free hostages in Syria — was instrumental in freeing detained Canadian and US travellers Kristian Lee Baxter and Sam Goodwin.

That same summer, he helped negotiate the release of Nizar Zakka, a US-based Lebanese businessman arrested in Iran in 2015 on charges of spying for the US.

On Monday, he announced a deal had been struck for the return of Lebanese citizens detained in Emirati jails, mostly over alleged links to Hezbollah.

The spymaster, a rare senior Lebanese official with direct lines to both Hezbollah and Washington, is also involved in efforts to elucidate the fate of Austin Tice, an American journalist who went missing in Syria in 2012.

Last year, he met with Tice’s parents in Washington, where the James W. Foley Legacy Foundation awarded him its “International Hostage Freedom Award” for his work on the release of Zakka and Goodwin.

Ibrahim has used his position for other diplomatic and political missions that don’t usually fall within General Security’s remit.

He coordinates closely on security issues with authorities in Damascus despite Lebanon’s official policy of dissociation from the conflict.

Last year, he made diplomatic visits to France and several Gulf states to drum up support for Lebanon as it grapples with its worst economic crisis since the 1975-1990 civil war.

Domestically, he has mediated between bickering political factions, a role usually played by Berri.

Yet Ibrahim balks at being described as “a postman for the political elite”.

“No one ever asks me to intervene. It is always me who initiates action, based on my own reading of political” developments, he told AFP in a recent interview.

He insists that he always consults all relevant parties before moving forward and credits his mediating prowess on his networking and “ability to communicate with all sides”.

Ibrahim is unphased by the label some have given him as Hezbollah’s man in Lebanon.

“It doesn’t bother me,” he told AFP, pointing out that he is also routinely accused of being America’s man.

Lebanon would need more than Ibrahim’s brokering skills to solve to break the political deadlock and pull it back from economic doom.

But the spy chief’s broad acceptability across the political spectrum already makes him stand out in a political class crippled by age-old vendettas.

When asked about the future, he smiled but said little to deny his purported political aspirations.

“I’m aiming to retire in my village, but I do not know what circumstances will take over and what they will require of me,” he said.