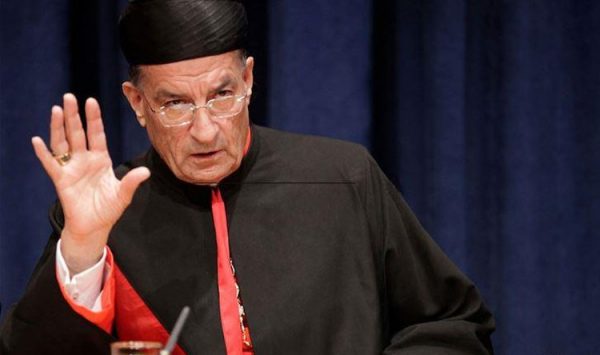 Maronite Patriarch Beshara al-Rai accused on Sunday Lebanese politicians of paralyzing the state and destabilizing people’s lives over their differences on forming a new cabinet.

He said no government will see the light if the dispute between President Michel Aoun and PM-designate Saad Hariri persists.

“It is sad and shameful to see President Aoun and PM-designate Hariri inexcusably argue over the implementation of the Constitution,” he said.

The Patriarch added that such disagreement has led them to communicate through their media offices rather than holding in person meetings.

“If ties between them do not improve, then, there will be no government,” he said.

During a Sunday mass service in Bkirki, the Patriarch commented on the recent protests and riots in Tripoli, attributing them to poverty in the northern city.

Addressing politicians, he said, “Instead of trying to justify your failures by analyzing which party stands behind the protests, you should have addressed the poor living conditions in Tripoli.”

He went on to say, “People are facing poverty and famine while you are busy exchanging accusations on the reasons and targets of the demonstrations.”

The Patriarch described the situation in the country as “catastrophic.”