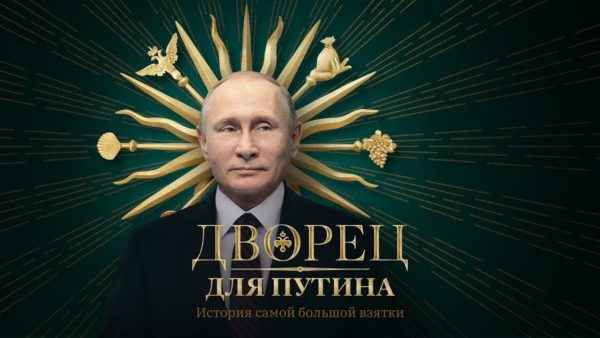 President Vladimir Putin’s fiercest critic Navalny, who has been detained upon his return to Russia, released a video claiming Putin has secretly built the world’s most expensive palace. Does Russian President Vladimir Putin own a $1.3 billion giant mansion on the coast of the Black Sea? According to a video, the answer is a firm yes.
Share:

One day after he returned to Russia after surviving a summer assassination attempt, opposition leader Alexei Navalny released an investigation that showed a massive, $1.35 billion estate said to be owned by President Vladimir Putin in Gelendzhik, a resort town along the coast of the Black Sea. Navalny on Tuesday released a two-hour video calling the home and grounds “the most secretive and well-guarded facility in Russia.”

Navalny was imprisoned this week upon returning to Russia after spending months recovering from a nerve-agent poisoning that Putin ordered. He alleged that Putin built the Gelendzhik home with stolen funds, and detailed the property’s luxurious floor plans in the video.

The property covers more than 27 square miles and has an underground ice rink, a nightclub with dance pole, a casino, a church, and tennis courts. “From now on, millions of Russian citizens will be able to visit Putin’s home,” the video says.