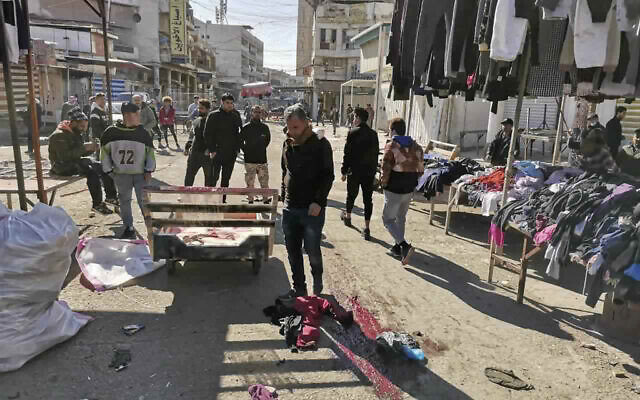 The Islamic State (ISIS ) group has said it was behind a double suicide bombing in the Iraqi capital, Baghdad, on Thursday that killed at least 32 people and wounded more than 100.

The target had been Shia Muslims, a statement from the Sunni Islamist militant group’s Amaq news agency said.

It was the biggest suicide attack in Baghdad for three years.

The bombers blew themselves up among a crowd of shoppers at a second-hand clothes market in Tayaran Square.

The admission by the jihadist group, made via its accounts on the messaging app Telegram, came several hours after the attack.

Suicide bombings have become rare in Baghdad since IS was militarily defeated in the region at the end of 2017.

Despite IS’s defeat on the battlefield, a UN report last August estimated that more than 10,000 ISIS fighters remained active in Iraq and Syria.

In Thursday morning’s attack, the first bomber rushed into the market and gathered a crowd around him by claiming to feel sick, an interior ministry statement said.

One stallholder told Reuters news agency: “He pressed the detonator in his hand. It exploded immediately and people were torn to pieces.”

The second bomber blew himself up as others came to help the victims, according to the ministry.

Witnesses said Tayaran Square had been busy following the easing of almost a year of coronavirus-related restrictions.

The last deadly suicide attack in Baghdad was in the same square in January 2018, when 35 people were killed.