Brexit deal explained: What is at stake for the UK and EU 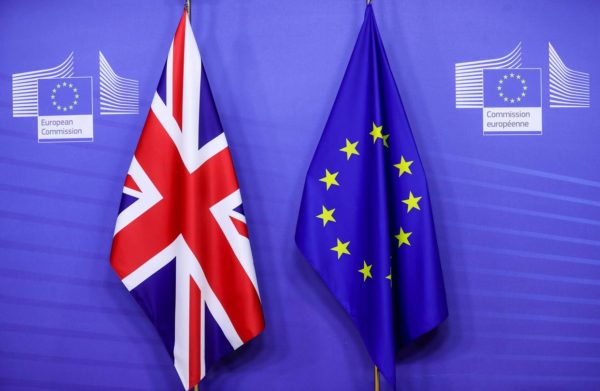 The two sides attempted to strike a deal to define the terms of their future relationship ahead of a December-31 deadline, when the UK’s post-Brexit transition period officially ends.

There is a lot riding on a successful Brexit deal for both the EU and the UK. By striking a zero-tariff and zero-quota deal, they will be able to safeguard the trade of goods between the UK and the EU, which amounts to around $1 trillion annually.

What is the Brexit deal and why is it needed?

After it formally exited the European Union on January 31 this year, the United Kingdom entered a 11-month transition period during which it continued to follow EU rules. This was when the country began negotiating a deal with the bloc to determine key aspects of their relationship — including a viable trade agreement, defence, security and immigration once the transition phase ended.

However, talks stretched on as both sides were unable to agree on major points — fishing rights, governance, and guaranteeing a ‘level playing field’ on government subsidies and regulations.

A level playing field essentially means that in order to trade with the EU’s single market, the UK will have to follow the same rules and regulations to ensure that it does not have an unfair advantage over other EU businesses. But with or without a Brexit deal, the UK will be exiting the EU’s single market and customs union by the end of the year.

The deal is also likely to lay down rules of governance, which will dictate how any deal is enforced as well as the penalties that will be imposed if one party violates the terms of a mutually-approved agreement.

The UK will also have to agree on how it will cooperate with the bloc on issues pertaining to security and law enforcement once it officially withdraws from the European Arrest Warrant on January 1, next year. Further, the two parties will have to finalise agreements on issues like airline safety and information sharing.

But, why is fishing such a big deal?

While fishing is a relatively small part of the economy on both sides of the English Channel (fishing was just 0.02 per cent of the overall economy both in the UK and in the EU), the issue is extremely emotive and its political consequences far outweigh the economic impact on both sides.

For the EU, access for its boats is an important precondition for a trade agreement, while in Britain, the Brexit cheerleaders peddled it as a symbol of sovereignty that needed to be regained.

Even though Britain formally left the EU on January 31, 2020, the country still has to adhere to the EU’s rules until the end of the year, including the bloc’s Common Fisheries Policy. So, till then, the fishing fleets of every country involved have full access to each other’s waters, going well beyond the territorial water that covers the first 12 nautical miles (22km) from the coast. But the volume of fish, depending on the species, are to be claimed by each country as per a complex national quota regime that has been formulated using historical data going back to the 1970s.

The British fishing industry has maintained that it got a raw deal in this quota distribution. That’s why the UK government wants to increase the British quota share significantly, even as EU negotiators have been pushing Britain to continue to allow their fishing crews to have access to its waters.

The EU, meanwhile, wants to divide the amounts of fish that each country’s boats are allowed to catch in a way that will not be renegotiated every year. EU’s chief negotiator Michel Barnier has said in the past that annual negotiations with the UK would be technically impossible because so many different types of fish would be involved.

What is the political trigger for the fight over fish?

During the 2016 Brexit referendum campaign, Boris Johnson was among the faction of Conservative leaders who had pledged that if Britain were to leave the EU, they would get back control over their national waters. Now, with Johnson at 10 Downing Street, Britain feels obligated to make an unambiguous assertion that any new agreement on fisheries has to be based on the affirmation of “British fishing grounds” being “first and foremost for British boats”.

Where does the deal stand now?

After months of arduous negotiations, UK PM Boris Johnson is expected to announce the final Brexit deal later today. Officials in Brussels are believed to be finalising the details of the deal that will come into force on January 1, 2021, BBC reported.

According to reports, the two sides have agreed to a largely tariff and quota-free trade arrangement, but this does not necessarily ensure frictionless trade as businesses had hoped.

“Brexit work would continue throughout the night. Grabbing some sleep is recommended to all Brexit-watchers at this point,” Eric Mamer, the chief spokesperson for European Commission President Ursula von der Leyen, tweeted on Wednesday night. “It will hopefully be an early start tomorrow [Thursday] morning.”

But even if a deal is reached and it gets support from all 27 EU leaders in the European Council, it will still have to be ratified before the transition ends. In the UK, MPs are on standby as they may be recalled to parliament once the deal is ready to be approved.

The agreement will then have to be ratified on the EU side, where it otherwise takes several months and sometimes even years to clear a trade deal. To work around this, leaders may decide to apply a deal provisionally before the European Parliament holds a formal ratification vote next year. Depending on its contents, it may even have to be approved by national EU parliaments, BBC reported.

What is at stake?

Failure to strike a deal before the December 31 deadline would result in a no-deal Brexit, which could have far- reaching ramifications both domestically and internationally. No deal is also likely to sever the already-tense relations between the UK and EU for some time.