Pence should remove Trump from office on Sunday 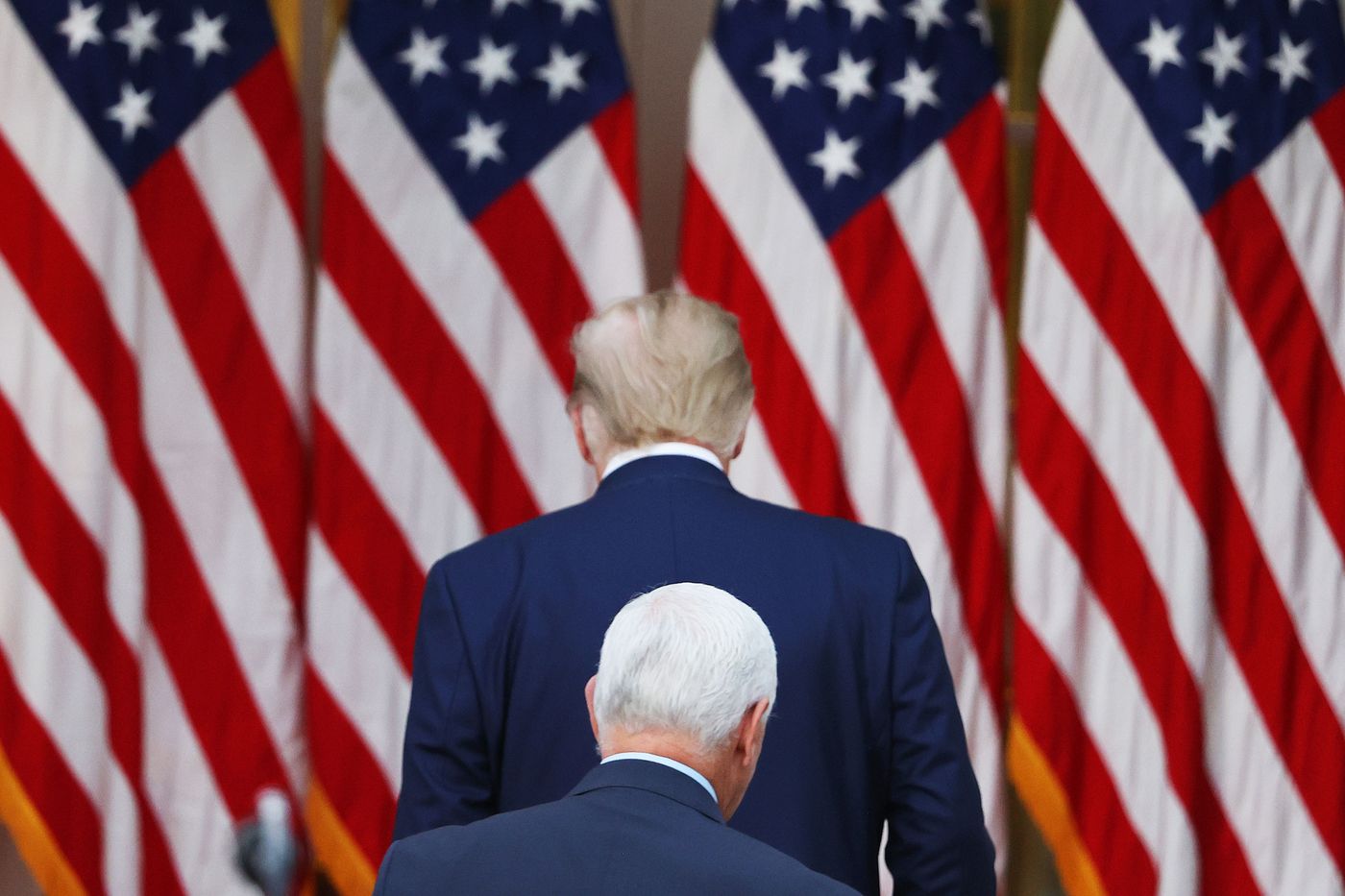 In what are supposed to be the final days of his presidency, Donald Trump has been discussing invoking martial law to overturn the results of the 2020 election and seizing supposedly fraudulent voting machines that — according to a wild conspiracy theory being pushed by people Trump invited to the Oval Office to discuss the matter — were used to rob him of a second term.

This is merely the most extreme example, so far, of Trump’s post-election behavior, which grows more erratic and dangerous to our democracy by the day. There is a way to stop him, though.

More than 50 years ago, the framers of the 25th Amendment to the Constitution foresaw the possibility of a president’s behavior becoming so unstable that it would prove necessary to have some constitutional mechanism to remove him immediately from office. Section Four of that amendment provides a process for doing so: If the vice-president and the majority of the Cabinet decide that, for whatever reason, the president has become unfit to carry out the powers and duties of the office and they transmit a letter to Congress to that effect, then the vice-president becomes the acting president and remains so unless and until Congress refuses to allow that transfer of power to stand.

Legal scholars who have studied the drafting and adoption of the 25th Amendment recognize that its framers intentionally drafted it to allow Section Four to be used to address a wide range of potential situations — very much including the sorts of circumstances in which the nation finds itself today. While it is true that the amendment was created to deal with non-controversial instances of presidential unfitness, such as a president falling into a coma or being kidnapped, Section Four was made part of the amendment to deal with controversial cases as well: specifically with instances where the president’s unfitness to hold office was contested by the president himself.

Those who drafted and ratified the amendment made clear at the time that they were quite consciously employing general and open-ended language in the amendment’s text, rather than trying to define what circumstances would warrant the use of Section Four, because they concluded wisely that it would be vain to try to anticipate in advance all the circumstances that would require removing a president.

Members of the administration reportedly discussed the possibility of invoking the amendment in the early days of Trump’s presidency, but that possibility has been dismissed as purely theoretical, especially given one obvious problem: To do so, two-thirds of each house of Congress would have to vote to allow the vice-president to continue in the position of acting president. But as we reach the final days of the Trump presidency, this obstacle is about to be removed. The mechanics of the amendment allow the vice-president to remain in the position of acting president for a minimum of 25 days, as long as a simple majority of at least one chamber of Congress is willing to cooperate.

It may seem extremely unlikely that Mike Pence, who up to this point has been one of Trump’s most craven enablers, would even consider taking advantage of this constitutional power. But it’s always possible that, between now and January 20 when Trump’s term expires, the situation may become so extreme that he and eight other Cabinet members may find the modicum of personal courage and moral decency necessary to do the right thing.

Trump would put up a fight, but it wouldn’t matter this late in his presidency. Once Pence has transmitted the letter to Congress that makes him acting president, Trump may contest the vice-president’s actions via a letter of his own. Section Four, however, would give Pence four days to respond to this letter. After Pence did so, the Democrat-controlled House of Representatives could — by simple majority vote — decline to act on the substantive dispute for the remaining 21 days. (Meanwhile, Democrats could filibuster any action in the Senate.) Were it not the end of his term, Trump would return to office after 21 days if Congress failed to act.

This, in effect, means that Pence could become acting president on Sunday, December 27, and would remain in the position for the rest of the current administration’s term in office, as long as House Democrats acceded to the new status quo. For the good of the nation, he should do so this weekend.