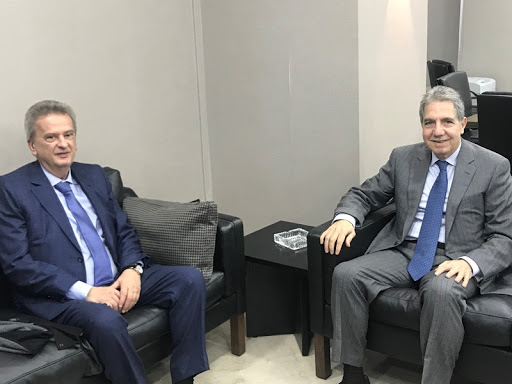 Lebanon’s caretaker finance minister said it would contact a consulting firm on Wednesday to resume a forensic audit of the central bank, a key condition for foreign aid that has hit a roadblock.

Parliament agreed this week to lift banking secrecy for one year, after the restructuring consultancy Alvarez & Marsal pulled out of the audit, saying it had not been given information it needed.

“It was decided based on the law from parliament and government decisions to contact the firm A&M to resume the forensic audit,” caretaker Finance Minister Ghazi Wazni’s office cited him as saying after meeting with the president.

A presidency statement later quoted Wazni as saying the firm had recently sent a letter to the central bank that showed its willingness to resume work with the Lebanese government.

Such an audit is on list of reforms donors have demanded before helping Lebanon out of its financial crisis, rooted in decades of state waste and graft.

Central Bank Governor Riad Salameh said last month that he favoured an audit but that disclosing the accounts of local banks would require a change in legislation.

Some Lebanese officials have accused him of using bank secrecy laws to justify withholding information.