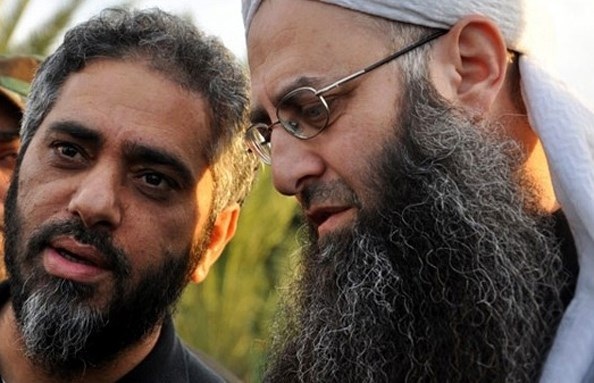 Shaker’s sentence, handed down in absentia on Wednesday, includes 15 years’ prison with hard labour for “involvement in terrorist acts committed by terrorists, with his knowledge of the matter by providing logistical services to them,” Lebanon’s state-run National News Agency reported.

The court also handed down an additional seven years’ prison for Shaker’s financing of al-Assir’s ragtag armed group. Shaker had paid for weapons and ammunition for the group.

The sentence is tied to Shaker’s participation in 2013 clashes against the Lebanese Army in the Abra suburb of the southern port city of Sidon, for which he has already been sentenced to 15 years’ prison with hard labour.

Shaker was best known for songs about love and loss that made him a star across the Middle East – until he renounced his former career as sinful in 2012, grew a scruffy beard and joined al-Assir’s group.

Al-Assir rose in prominence as the response to an uprising in neighbouring Syria grew increasingly violent, largely for his virulent criticism of Lebanon’s Iran-backed Hezbollah which supported the government of Syrian President Bashar al-Assad.

Shaker traded his songs for religious hymns, performing them at rallies in support of al-Assir.

In 2013, al-Assir commanded fighters against the Lebanese Army in two-day clashes that left dozens dead, including some 17 Lebanese soldiers.

Shaker, in a viral video at the time, said “We sent home two corpses for you yesterday,” a claim some have interpreted as an admission that he, himself, killed two Lebanese soldiers.

Shaker, nee Fadel Abdulrahman Shmandar, was born in 1969 to a Lebanese father and a Palestinian mother in Sidon. After growing up in Sidon’s Ain al-Hilwe Palestinian refugee camp, he got his start in the music business by showcasing his voice at weddings. A record company discovered him in 1997 at the age of 28 and his first album came out a year later in 1998 followed by a second album the following year.

From that period until 2011, Shaker was one of the biggest names in Arab pop music as he released more albums and performed duos with some of the Arab world’s biggest stars. But following the start of the uprising in Syria, which has since unraveled into a disastrous civil war with no end in sight, Shaker decided to trade in his fame and fortune for a more spiritual path.

Shaker is one of the most wanted men in Lebanon. Local media has reported him to be hiding in the shadowy alleys of Ain al-Hilwe, the same neighborhood where he grew up. His messages to the world are only released via an unverified account on Twitter, where he mostly accuses the media of lying about him.

In a somewhat odd turn of events, in December 2013 he released a Christmas song about Jesus.

Both Assir and Shaker were handed the death penalty by Judge Riad Abu Ghayda in February 2014, along with 57 others.

Shaker has been living in the Ain al-Hilweh Palestinian refugee camp in Sidon, where he was raised