US Muslims press Organization of Islamic Cooperation on China 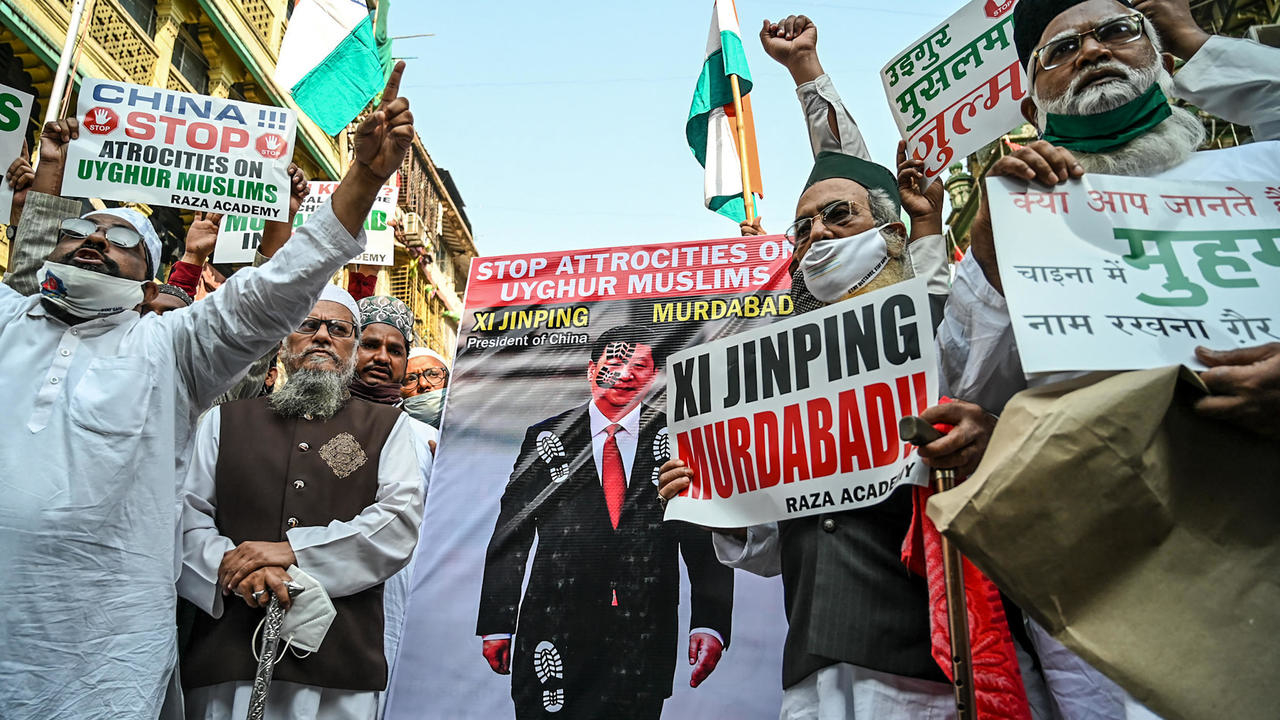 Muslims in Mumbai hold a placard of Chinese President Xi Jinping during a November 2020 protest against Beijing’s treatment of the Uighur minority Punit PARANJPE AFP/File
Share:

US Muslim groups pleaded Thursday for the Organization of Islamic Cooperation to speak out on China’s mass incarceration of Uighurs, accusing the global body of abetting what some described as genocide.

The OIC consists of 57 Muslim-majority nations and frequently takes up cases in which it believes Muslims are mistreated, criticizing Israel and, at Pakistan’s behest, India.

But the group headquartered in Saudi Arabia has not voiced alarm over China’s western region of Xinjiang, where rights groups say that more than one million Uighurs and other Turkic-speaking Muslims are being held in camps as part of an effort to stamp out Islamic customs and forcibly integrate the community.

In a March 2019 resolution, the OIC said it “commends the efforts of the People’s Republic of China in providing care to its Muslim citizens” after a delegation visited.

A coalition of US Muslim organizations including the Council on American-Islamic Relations accused member-states of being cowed by China’s power.

“It’s very clear that China has an economic chokehold on the Muslim world and has been able to isolate every Muslim country into fear of even paying lip service to the Uighur cause,” Omar Sulieman, a Muslim American scholar and rights activist, told a virtual news conference.

“Whereas some Muslim countries will pay lip service to causes like the Palestinian cause,” he said, on the Uighur issue they will “continue to aid in the oppression,” especially by turning back asylum seekers.

“China has a track record of buying and bullying. The genocide of the Uighurs is not China’s internal issue but is a humanity issue,” said Abbas, who said that her activism led China to detain her sister.

The United States, which has a rising rivalry with China, has likened the treatment of the Uighurs to actions of Nazi Germany and voiced disappointment that the OIC has not spoken up.

Turkish President Recep Tayyip Erdogan is a rare leader from the Islamic world to have criticized China, while Malaysia has said it will not extradite Uighurs.

China describes the camps as vocational training centers and says that, like Western nations, it is working to reduce the allure of Islamic extremism.