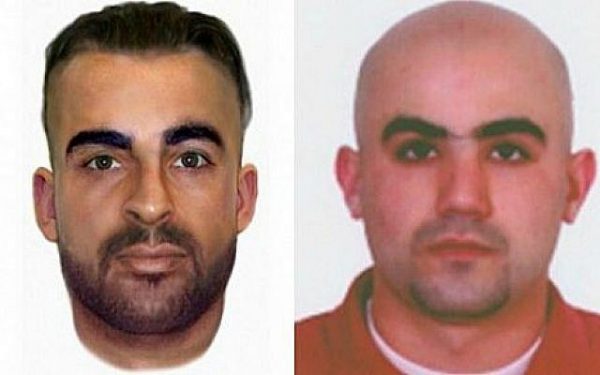 A worldwide search is under way for Hezbollah assets to retrieve $100 million in court-ordered compensation to families of victims and survivors of a suicide bus bombing in Bulgaria that killed six people, The National can reveal.

Lawyers instructed by about 50 people affected by the attack on a tour bus are considering legal action in the US, UK and elsewhere in an effort to pierce the veil surrounding the funding of the Iran-backed terrorist group.

A Bulgarian court sentenced two fugitives to life imprisonment in September and ordered them to pay more than 100 million Bulgarian lev ($67m) to relatives of the six dead – five Israeli tourists and a Bulgarian bus driver – and another 40 people wounded in the attack in 2012.

Lawyers representing most of the victims said the total compensation package could ultimately reach $100m for the group’s first terrorist attack in Europe since the mid-1980s.

Yaki Rand, the lawyer acting for the families, said he was considering an appeal but believed the court’s initial ruling gave him enough scope to target Iran-supported Hezbollah’s funds.

“We are looking all over the world for assets in each part of the world, in every country. I don’t think it’s a good idea to share with everyone, including Hezbollah, our methods and our system to find these assets. As you can imagine, we have techniques on how to find them.

“At this moment, the judgment is against the two terrorists without Hezbollah,” Mr Rand said. “We know there’s a huge linkage and there’s more evidence. We will see what we can do later – an appeal against the verdict is one of the options,” he said.

Mr Rand has already lodged legal claims in the Israeli courts targeting two Iranian banks and the state of Iran, which the victims allege failed to take steps that could have prevented the attacks.

A Bulgarian judge made the order against two surviving members of the bombing team but lawyers for the victims will pursue Hezbollah to try to secure the money.

Experts in Hezbollah funding mentioned the difficulties in trying to seize the group’s assets, which rely on a range of sources including personal donations, illegal drugs operations, couriered cash and funding from Iran.

The Bulgaria bus bombing prompted the European Union to declare Hezbollah a terrorist organisation but some countries, including France, the home of the suicide bomber, resisted proscribing the group to avoid antagonising its leaders, while seeking to secure political reforms in Lebanon.

Hunt for the attack’s masterminds

Critics said the attack highlighted Hezbollah’s ability to strike beyond its borders amid US claims that the group has been stockpiling ammonium nitrate in Europe, the chemical used in the Bulgarian bombing.

French-Lebanese citizen Mohamad Hassan El Husseini died when his explosive-filled rucksack blew up at a parked tourist bus at the airport of the Bulgarian Black Sea resort of Burgas. His father was a Hezbollah financier, the court was told.

The two men jailed in their absence were key facilitators for the attack. Bulgarian prosecutors were unable to establish if El Husseini or his accomplices triggered the fatal explosion.

Witnesses said the bomber, with the Israeli tourists, was trying to put his backpack in the luggage compartment when it exploded.

Meliad Farah, 39, a Lebanese-Australian former car salesman, and Hassan El Hajj Hassan, 32, a Lebanese-Canadian, were convicted for their roles in the attack and ordered to pay compensation to the victims.

Their current whereabouts are unknown but the men are the subject of Interpol red notices requesting member states detain them. Prosecutors said they had “links to the radical wing of the Shiite group Hezbollah”.

Bulgarian law does not allow for organisations to be prosecuted but the legal teams are seeking court permission to proceed.

“If an appeal does not succeed, we have already checked with the USA and it’s possible to execute the verdict as it is, but we want to improve our legal situation,” Mr Rand said.

Lawyers also issued a claim against an accountancy firm that Mr Rand said “closed its eyes when a bank in Lebanon gave support to Hezbollah and its financial systems”.

Analysts said that Hezbollah is traditionally a step ahead of investigators in the US, Israel and the West, with the group swiftly adapting to efforts to pinpoint its financial sources.

Hezbollah leader Hassan Nasrallah, in a televised speech this month shrugged off the impact of US sanctions, saying the group did not keep money in banks or travel abroad often.

“When we start to counter them, they have always prepared for that,” said David Daoud, a research analyst at the US-based group United Against Nuclear Iran, which tracks Hezbollah activity. “In a lot of ways that Hezbollah operates abroad, it creates room for plausible deniability.

“If you catch the person carrying out the illegal act of smuggling drugs, you have to go through multiple steps to get it back to Hezbollah. And Hezbollah doesn’t recognise the jurisdiction of US courts.”