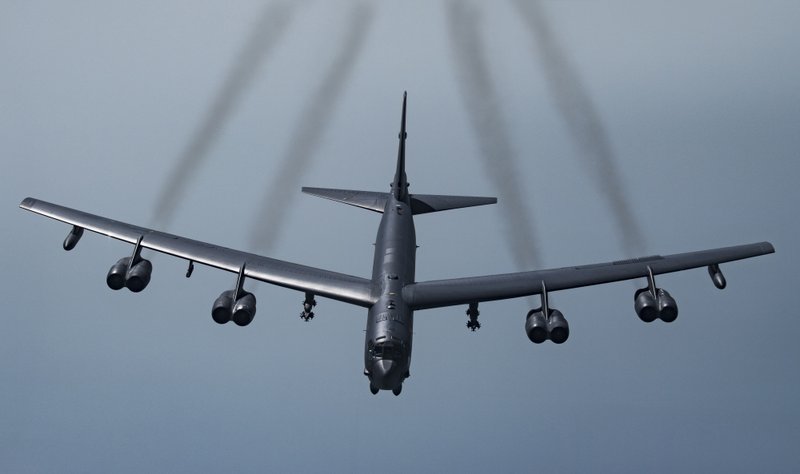 We are entering a period of immense complexity for the Middle East. What happens in the next few months will set the tone in our region for years. If managed correctly, there is the possibility of building a more peaceful political situation. If mismanaged, the consequences could be dire.

One arena which will receive much attention in the next few weeks is Syria. Russia, a key player in the conflict and power dynamics of the country, is in an uncomfortable position. Like all involved in the war, it is trying to predict President-elect Joe Biden’s policy towards the country. Moscow wants to be done with the Syria issue in 2021. But this seems unlikely due to a lack of co-operation with Turkey, as well as reports of rifts emerging among the Syrian ruling elite. Moscow, therefore, has difficult choices to make, including how to settle the question of Idlib, a notoriously unstable area in the country, in which anti-Assad sentiment remains strong. A harsh military response in the province seems increasingly likely.

A desire to scale-down its presence in the country also brings the possibility that Iran will fill the subsequent void. The Iranians are suggesting to the Russians that they can handle the situation when the latter withdraws. They are offering “guarantees” that Syria would remain friendly towards Russia under Iran’s leadership. Russia’s new weariness in Syria reflects changing priorities in Moscow in favour of a more defensive “lone wolf” strategy, as life in the country drags on under the burden of sanctions and the prospect of a more hawkish incoming US administration.

A diplomatic solution between Mr Putin, Mr Erdogan and Mr Assad is still possible, but the challenges are immense. Prominent Syrian security leaders are calling for change in Syria’s leadership, arguing that without a change in leadership and policy, Syria faces total collapse. This is a problem for Moscow, which has continued to support Mr Assad.

But the future of Syria will also depend on whether the Biden administration really intends to return to the Iran nuclear deal. If Mr Biden does, he will effectively allow Tehran to tighten its grip on a range of unstable Arab countries. This is why Iran is emboldened and so keen to step into the role in Syria that has previously been filled by Russia.

A problem here is the fact that the original signatories of the Iran nuclear deal seem keen to return to its terms. Such countries include China, and Russia, Germany, Britain, and France. This is despite outgoing President Trump arguing for four years that it was the “worst deal in history”, given the fact it failed to limit Iran’s ballistic missile programme and regional expansionist activities. These issues were ignored by the six signatories in an effort to appease Iran. But what has happened in the Middle East during the last five years is a direct result of the nuclear deal. And now, history may be about to repeat itself.

Although regrettable, there was a reason the signatories chose to ignore the issue of Iran’s ballistic missile programme and regional interference. Despite the fact everyone acknowledged these activities constituted a real danger, there was still a hope among Western powers, albeit now a disproven one, that the deal would open up new diplomatic channels for further de-escalation. This has now proven not to be the case.

In response to this new reality, others now argue for a new and better deal. Such an agreement would have a more comprehensive approach, considering the needs of the entire region. It will be important to not have this new deal rooted in the realities of 2015. A lot has changed since then. Instead, a new deal should take into account major foreign policy developments of the past five years, including the Abraham Accords, in which the UAE and Israel normalised diplomatic relations. This should by no means be achieved by pursuing a hugely damaging and costly military solution.

Instead, the blossoming and ever-closer relations between major Middle East players, such as a number of Arab countries and Israel, should provide more opportunity to leverage concessions from Iran in a future deal.

The new US administration should also remember its historic legal and moral responsibilities in the region, particularly in Iraq after Iran was allowed to creep in and destabilise the country. This can be achieved by following a consistent policy that includes and considers the voices and anxieties of all Middle Eastern countries. Whether America likes it or not, it simply cannot withdraw from its historic responsibility in the region, particularly after recent mistakes.

Many have advocated a two-step procedure or “parallel negotiations”, in which separate talks happen at the same time. In such a scenario one track would deal with Iran’s regional behaviour and its ballistic missile program. The other would deal with restoring the nuclear deal as sanctions were gradually lifted. This approach prevents an unfairly beneficial situation for Iran. Such a negotiation strategy would also be more likely to lead to deals in which more regional powers have a stake. It will also mean Iran is not simply let off the hook after years of destabilising behaviour.

Until negotiations start, President-elect Joe Biden should remain difficult to read. Remaining ambiguous will deprive Iran of the confidence to act in a rash manner. Rushing on the part of the US would not be in the world’s interest. This would only worry historic US allies and embolden the most cynical and destabilising forces in Iranian politics.