42% of voters say Trump will be known as ‘one of worst’ presidents in history: Fox news poll 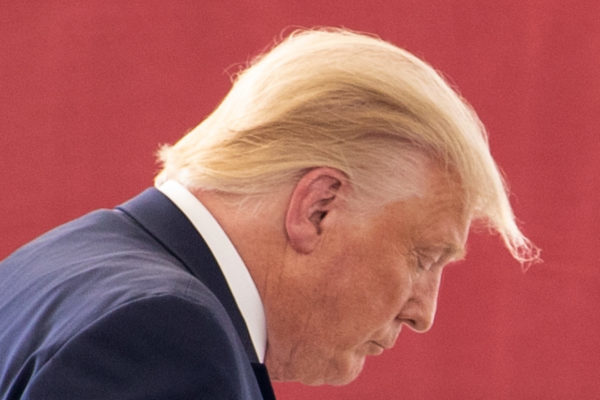 File photo July 31, 2000 President Trump . In a poll by Fox News 42% of voters say Trump will be known as ‘one of the worst presidents of all time’.
Share:

In a recent Fox News poll, 42 percent of respondents said that history would remember President Donald Trump as one of the worst presidents of all time.

Regarding Trump’s recent attempts to overturn the elections, 58 percent say they don’t think the election was stolen, 56 percent say Trump’s overturn efforts have weakened democracy and 57 percent said they didn’t want to see Trump run for president again in 2024.

The poll was conducted between December 6 and 9 by calling a random national sample of 1,007 registered voters, 239 of whom were contacted via landline and 768 who were contacted via cellphone. The survey method also used proportionate numbers of respondents from each state meant to reflect the number of voters in each state.

The poll has a margin of error of plus or minus 3 percentage points.

A handful of polls since the election have shown Trump’s favorability to be slipping as that of his political opponent, President-elect Joe Biden has risen.

Independents also preferred Biden to Trump, with 55 percent having a favorable opinion of Biden compared to 36 percent for the president.