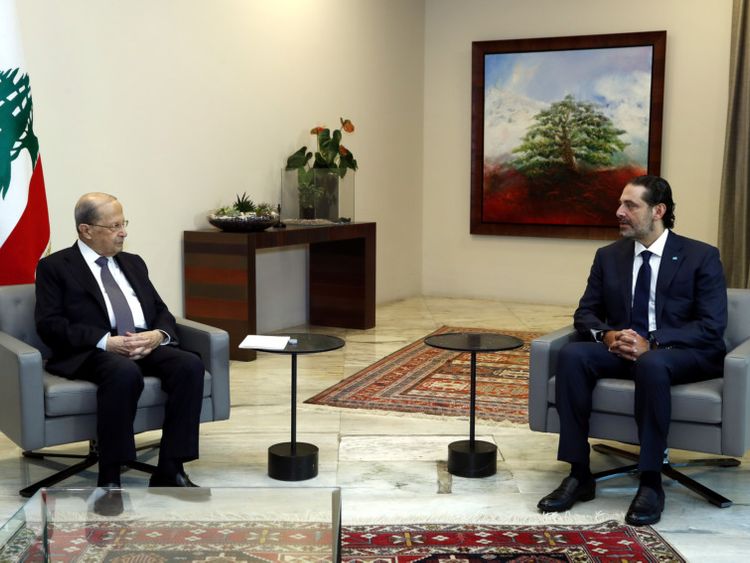 Lebanon’s Prime Minister-designate Saad al-Hariri said he presented President Michel Aoun with a line-up of 18 ministers on Wednesday after months of wrangling that blocked a deal on a new government.

Hariri said the president would examine the list and the “atmosphere was positive”. Hariri had pledged to quickly form a cabinet and revive a French plan for lifing Lebanon from financial crisis, but old political rifts have plagued his fourth term as premier.

“I submitted a complete government line-up consisted of 18 ministers who are specialists and do not belong to parties,” said Hariri after the talks.

“President Michel Aoun will study the line-up and we will meet again. The atmosphere is positive and I have big hope that we will be able to form a government quickly,” Hariri added.