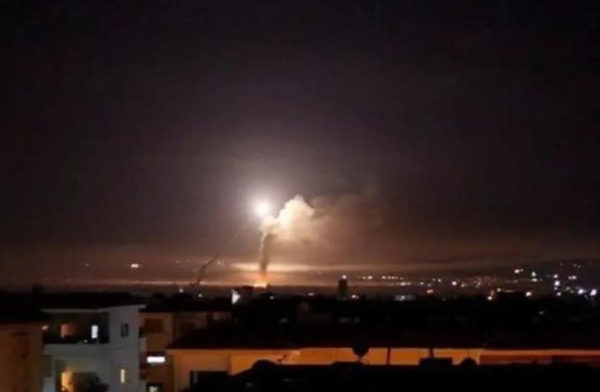 The Syrian state news agency reported that three military personnel were killed and one was wounded in “Israeli aggression”. NOV 18, 2020
Share:

Israel launched air strikes against Syrian and Iranian targets in southern Syria on Wednesday after explosive devices were planted in the Israeli-held Golan Heights, the Israeli military said.

The Syrian state news agency reported that three military personnel were killed and one was wounded in “Israeli aggression”.

“Earlier, Israel Defence Forces (IDF) troops exposed improvised explosive devices (IEDs) on the Israeli side of the Alpha Line which were placed by a Syrian squad led by Iranian forces,” the statement said, referring to territory inside the Israeli-occupied Golan Heights.

“The IEDs’ exposure on Tuesday is further clear proof of the Iranian entrenchment in Syria,” the statement said.

Israeli Defence Minister Benny Gantz, on a visit to the northern border on Tuesday, said Israel would not tolerate the planting of explosives in the Golan, territory captured from Syria in the 1967 Middle East war.

“We cannot turn a blind eye to this. It’s a grave incident,” Gantz told reporters.

Israel has repeatedly attacked Iranian targets in Syria and those of allied militias, including Lebanon’s Hezbollah. Gantz said Israel held Syria responsible for “everything that occurs on (Syrian) territory”.

President Bashar al-Assad’s government has never publicly acknowledged that there are Iranian forces operating on his behalf in Syria’s civil war.

Western intelligence sources say Israel’s stepped up strikes on Syria this year are part of a shadow war approved by Washington in a bid to check Iran’s military reach.