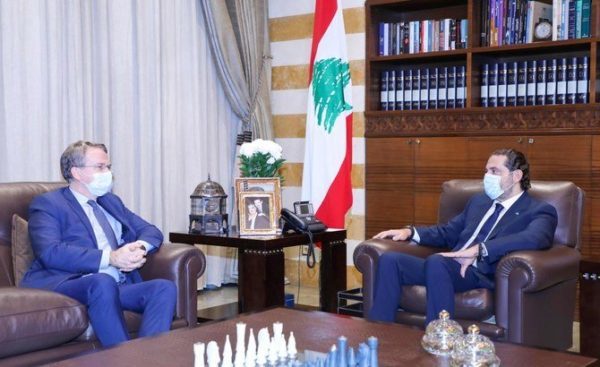 Durel managed to arrange a phone call between PM designate Saad Hariri and Bassil during his latest visit to Lebanon, the report but the call lasted seconds without producing any positive results and “indicated that the problem between them is political and not personal,” the report added.

Paris reportedly backs Hariri’s effort in forming “a government of independents and specialists who do not belong to parties and who enjoy competency and integrity, ”but Hariri is facing obstacles in forming such a cabinet from Aoun , Bassil and their Shiite allies the Iranian backed Hezbollah militant group and Amal Movement