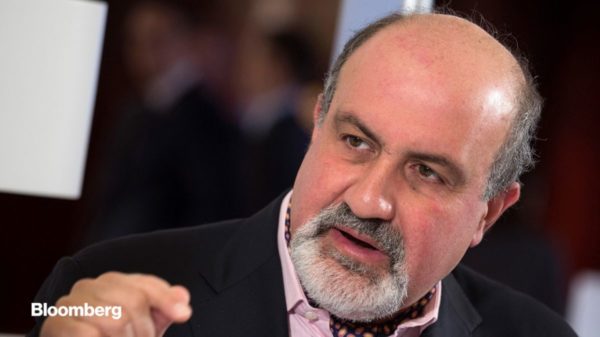 The global governmental response to the coronavirus pandemic has been rife with shortcomings that have prolonged the acute phase of the health crisis, “Black Swan” author Nassim Taleb told CNBC on Monday.

“I think this is a case study of government worldwide incompetence in dealing with a problem and denial,” said Taleb, whose bestselling 2007 book warned of highly improbable events and their potential for severe consequences.

In a “Squawk Box” interview, Taleb specifically pointed to the importance of coronavirus testing. While countries have improved their capacity since the early days of the Covid-19 outbreak, Taleb said there has been a failure to develop quick, efficient testing at a scale that can cut off chains of transmission early. It also has the least economic cost, he said.

Taleb’s comments come as coronavirus cases in the U.S. and Europe are surging again, leading to governments in the U.K., Germany and France to put in place varying degrees of lockdowns in hopes of reducing the spread. In America, Dr. Anthony Fauci, the nation’s top infectious disease expert, said recently the country “could not possibly be positioned more poorly,” as daily case counts set a series of record highs.

“We don’t know what’s going to happen. Imagine this continuing until January, February, March because in the winter people are inside so contagion rates are higher,” Taleb said. “Think about what can happen. It’s not that rosy.”

Taleb said he believes everyday citizens and government leaders have, for the most part, failed to grasp the potential consequences of the pandemic. “I’m seeing a lot of denial in social life, everywhere, about this virus from the beginning,” he said. “Now we’re 10 months into this virus, and people are still hoping for a vaccine, something that will cancel it.”

While developing vaccines and therapeutics is important, Taleb said people should not operate as though they will be widely available right around the corner. “This kind of denial is what is causing us to incur such a high cost, in GDP, in many things, even social life.”

Taleb a former professor of risk engineering at New York University, also a scientific advisor at Universa Investments, a hedge fund that earned a return of more than 4,000% in the first quarter.  Universa uses a complicated risk mitigation strategy known as tail-risk hedging that positions the fund to profit from dramatic market corrections spurred by so-called black swan events. Universa earned an average annual return of 105% between 2008 and 2019, according to an EY audit, CNBC has confirmed. Business Insider first reported the fund’s performance.

“You should realize you have more uncertainty ahead now than you think. The returns can be a lot better or a lot worse than you think,” Taleb said, though he refused to comment on returns directly. “There’s a tendency of people to underestimate that uncertainty is chronic.”