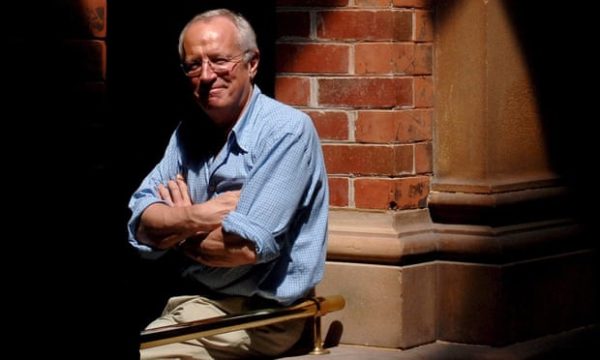 Journalist was reportedly admitted to hospital after suffering a suspected stroke.

Fluent Arabic speaker, in 1976 he moved to Beirut where he began his career as a Middle East correspondent, covering the Lebanese civil war, the Iranian revolution, the Iran-Iraq war and the Soviet invasion of Afghanistan.

The veteran British foreign correspondent Robert Fisk has died at the age of 74.

The journalist and author was reportedly admitted to St Vincent’s hospital in Dublin after becoming unwell on Friday. A source at the Independent, where Fisk was Middle East correspondent, confirmed the news of his death.

Fisk was admitted to hospital after suffering a suspected stroke, according to a report in the Irish Times.

Described by the New York Times in 2005 as “probably the most famous foreign correspondent in Britain”, Fisk won many prestigious awards over the span of his career for his coverage of the Middle East.

After beginning his career at the Sunday Express, Fisk moved to the Times, where from 1972 to 1975 he was the paper’s Belfast correspondent at the height of the Northern Ireland Troubles.

In 1976 he moved to Beirut where he began his career as a Middle East correspondent, covering the Lebanese civil war, the Iranian revolution, the Iran-Iraq war and the Soviet invasion of Afghanistan.

He joined the Independent in 1989, and remained their correspondent in the region until his death, covering events such as Saddam Hussein’s invasion of Kuwait and the recent wars in Syria. He also reported on the Bosnian and Kosovo wars in the former Yugoslavia.

A fluent Arabic speaker, he was among the few Western journalists to interview the al-Qaida leader, Osama bin Laden, which he did three times during the 1990s.

He was a controversial figure, known for his criticism of the US. Following the 11 September 2001 attacks, he faced a backlash after asking what had motivated those who were responsible for the attacks.

Fisk also wrote books on Northern Ireland and the Middle East, including Pity the Nation: Lebanon at War and The Great War for Civilisation, in which he chronicled “the betrayals and treachery and deceit of Middle East history”.

Fisk had ties to Ireland dating back to his reporting during the Troubles, after which he completed a PhD at Trinity College. Among other honorary degrees and awards, he went on to receive Trinity College Dublin’s Historical Society’s gold medal in 2009.

Responding to the news of his death, Micheál Martin, the Irish taoiseach, tweeted: “Saddened tonight to hear of the death of journalist Robert Fisk. He was fearless & independent in his reporting, with a deeply researched understanding of the complexities of Middle Eastern history and politics. He helped many people understand those complexities better. RIP.”

I will miss you terribly my friend Robert .You were a remarkable person with unbelievable courage and a unique reporter .We met during crucial moments of the Lebanese civil war and you predicted the fate of the Lebanese like the Arabs today »Pity the Nation « #robertfisk pic.twitter.com/fkag7N4ntW

Progressive Socialist Party leader Walid Jumblatt, commented through his Twitter account Fisk’s death by saying , wrote: “I will miss you greatly, my friend Robert. You were a distinguished journalist with incredible courage. You predicted the fate of the Arabs and Lebanese in your “Pity the Nation “