Kushner blasted for saying Black Americans must “want to be successful” 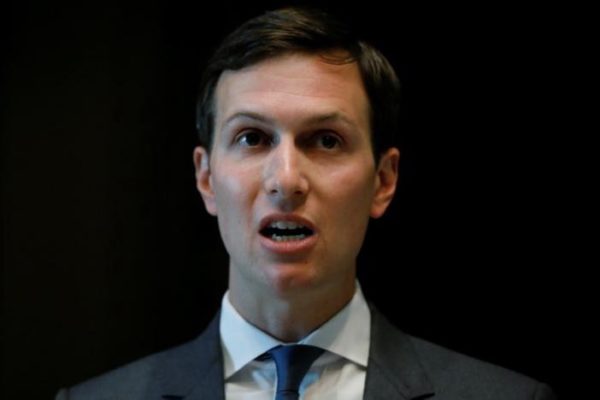 White House senior adviser Jared Kushner said on Monday that Black Americans have to “want to be successful,” a comment that was immediately rebuked online afterward and by the Democratic National Committee. Kushner’s remarks came just over a week before Election Day, and as both President Trump and Joe Biden have fought for Black male voters.

In an interview on “Fox and Friends,” Kushner said discussions about the issues that needed to be addressed in the Black community “intensified” after George Floyd’s death in May. He slammed people for “virtue-signaling” on social media and criticized the NBA and WNBA for allowing players to wear social justice related messages on their jerseys and putting Black Lives Matter on basketball courts.

“Quite frankly that was doing more to polarize the country than it was to bring people forward,” he said. “You solve problems with solutions.”

He then said Mr. Trump’s polices can help Black people “break out of the problems that they’re complaining about.”

Kushner received sharp criticism for his remarks, including the Democratic National Committee spokesperson Brandon Gassaway who said his comments about policymaking for the Black community were “dismissive.”

“According to the Trump administration, when African Americans find fault in policies that have led to historic unemployment for Black families, an explosion of racial inequities and wealth gaps, and an uncontained global pandemic that has taken the lives of over 45,000 Black Americans, it means that we just don’t want to be successful badly enough,” Gassaway said in a statement. “In the eyes of this White House, demanding accountability for the deaths of George Floyd, Breonna Taylor, Jacob Blake, and countless other Black men and women who have lost their lives at the hands of law enforcement is just ‘complaining.'”

“We cannot afford another four years of a White House that does not take our voices seriously and tells us to be grateful for whatever scraps are leftover from the bargaining table,” Gassaway added.

“Jared Kushner speaks as if Black people are lazy complainers who don’t want to be successful,” Crump said. “This blatant DISRESPECT shows he has NO understanding of the Black community and its challenges that have spanned centuries.”

Jared Kushner speaks as if Black people are lazy complainers who don't want to be successful. This blatant DISRESPECT shows he has NO understanding of the Black community and its challenges that have spanned centuries. You can't "fix" these problems from this level of ego. pic.twitter.com/fmILMVbrzY

According to a recent CBS News/BET poll, Black voters – an essential part of the Democratic Party’s coalition – are overwhelmingly backing Democratic presidential nominee Biden over Mr. Trump in this election. Black men and women are voting for Biden in large numbers, with women (92%) slightly more likely.