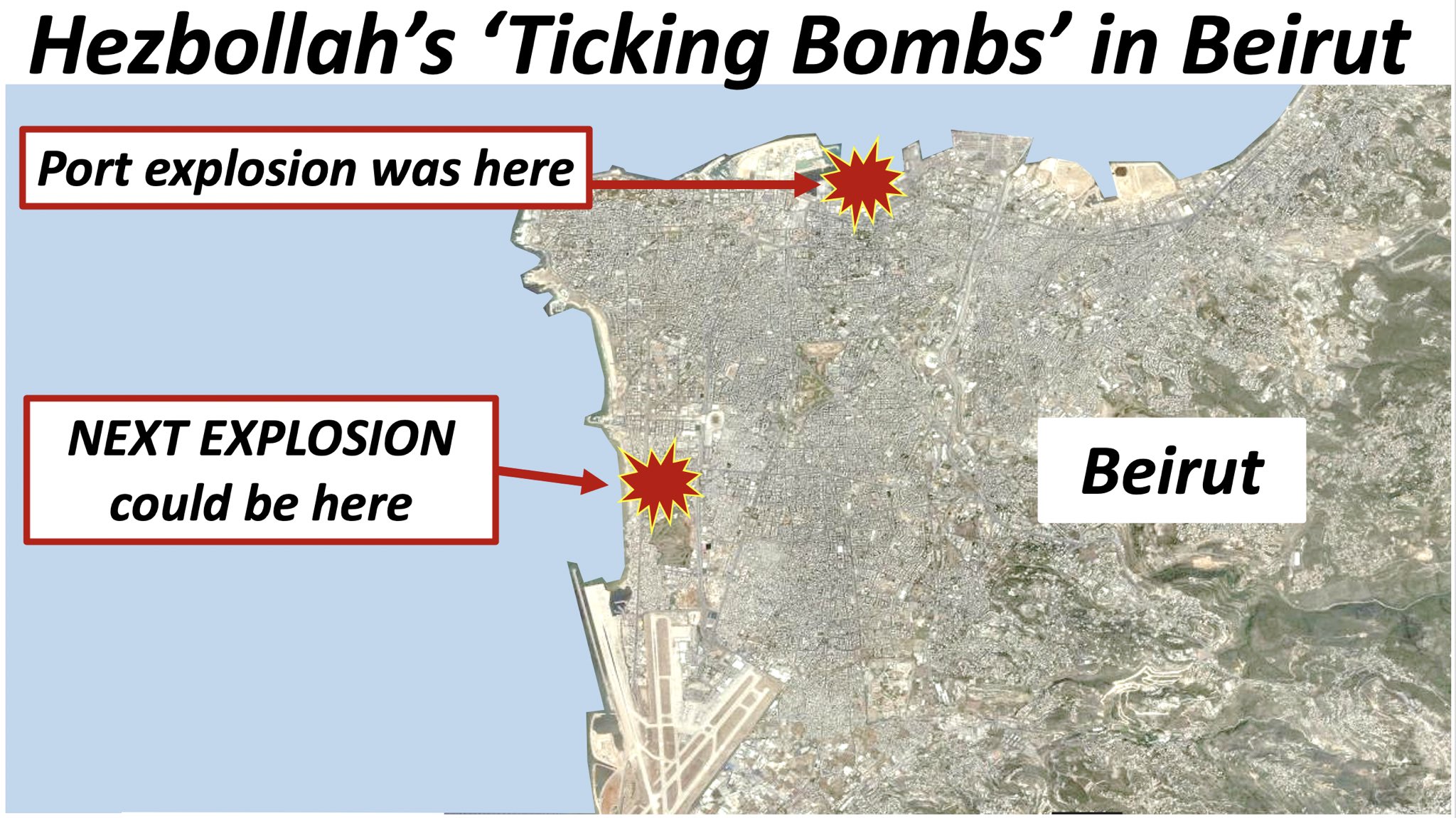 Hezbollah is reportedly storing weapons next to a gas company in the Janah neighborhood of Beirut. Lebanese being urged to “act now” by protesting against the depot.
Share:

NEW YORK – Israel’s Prime Minister Benjamin Netanyahu on Tuesday accused Lebanon’s Hezbollah of storing weapons next to a gas company in a residential neighborhood of Beirut, urging the people to “act now” by protesting against the depot.

In a video address to the United Nations General Assembly, pre-recorded due to the coronavirus pandemic, Netanyahu warned that the arms depot in the Janah neighborhood was “where the next explosion could take place” following an Aug. 4 blast at Beirut’s port, which left nearly 200 people dead and 6500 injured.

Lebanon has been pushed to breaking point by a financial meltdown and a political vacuum following the resignation of the caretaker government over the August blast, which authorities blamed on highly explosive ammonium nitrate kept in poor storage for years.

“Iran and Hezbollah have deliberately put you and your families in grave danger. And what you should make clear is that what they have done is unacceptable. You should tell them, tear these depots down,” he said.

Hezbollah’s leader Hassan Nasrallah denied Netanyahu’s accusations and said that Netanyahu was trying to provoke the Lebanese against Hezbollah with accusations of missile sites in Beirut.

Iran’s mission to the United Nations did not immediately respond to a request for comment.

The Israeli military spokesman’s office said in a statement after Netanyahu’s speech that Israel and the Israel Defense Forces had reported the site, and others “numerous times, both to the U.N. and additional diplomatic networks, as well as via various media channels.”

“The exposure of these sites today was made with the aim of calling the Lebanese government again, with the support of the international community, to intervene in the matter; and to allow Lebanese civilians to protect themselves,” it said.

A photo displayed by Netanyahu during his speech, that purportedly shows the entrance to the “missile factory,” was taken on the ground in Beirut, suggesting an Israeli intelligence asset provided it.

Netanyahu’s claim comes days after an arms depot of Hezbollah exploded in southern Lebanon on September 22 , injuring several people and sending a new shockwave across a nation grappling with its deepest crisis in three decades.

The security source said the arms depot blast, which sent a huge column of black smoke into the sky, was caused by a “technical error”.

The explosion that took place in residential neighborhood rocked the village of Ain Qana in south Lebanon, a region that is a political stronghold of the heavily armed and politically powerful group Hezbollah had set up a security cordon around the blast site, about 50 km (30 miles) south of Beirut. Journalists were prevented from approaching the area.

Residents of the village were the first to raise concerns that the house was being used by Hezbollah to store weapons.

In the aftermath of the explosion , Lebanese social media users seized on tweets from an account called Alex Benjamin. This individual’s tweets are protected but he identifies himself as a journalist at Reporters Without Borders and former Hezbollah detainee, now living in Norway.