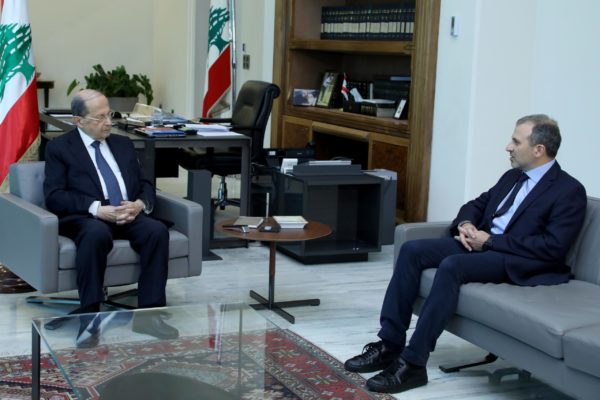 A former Lebanese foreign minister and son-in-law of President Michel Aoun has tested positive for the coronavirus, his office said Sunday.

The statement from his office said Gebran Bassil, who also heads the Christian Free Patriotic Movement party, will isolate until he recovers, adding that the infection level is still “low and acceptable.”

The announcement comes amid an alarming surge in coronavirus cases in Lebanon, with record numbers registered almost every day for the past week.

The Health Ministry confirmed Saturday 1,280 new coronavirus cases, bringing the overall number of infections in Lebanon to 33,162. The government has recorded 317 deaths from COVID-19 since the first case was reported in late February.

According to public records Bassil, 50, last saw his father-in-law, the president at the baabda place on September 14

Health Minister Hamad Hassan has recommended a total lockdown for two weeks to stem the rise in daily detected infections, but authorities will find it difficult difficult to impose another lockdown amid an unprecedented economic collapse.

The rise in cases in Lebanon began after a lockdown was eased and the country’s only international airport was reopened in early July. The surge continued after the massive Aug. 4 explosion in Beirut’s port that killed 193 people, injured at least 6,500 and devastated much of the city.

The blast also overwhelmed Beirut’s hospitals and badly damaged two that had a key role in handling virus cases.