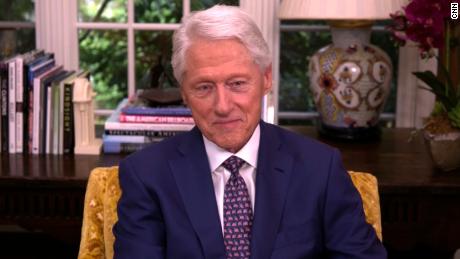 Former President Bill Clinton, who nominated Ruth Bader Ginsburg to the Supreme Court, spoke with CNN’s Jake Tapper Sunday morning about her legacy and the upcoming fight over replacing her on the bench.

Clinton told Tapper it’s “superficially hypocritical” for Mitch McConnell to proceed with voting on a Trump nominee when he wouldn’t take up Merrick Garland four years ago, saying, “This is what they do. Both for senator McConnell and President Trump, their first value is power and they’re trying to fill the court with as many ideological judges as they can.”

He said there “is a case to be made” for McConnell’s 2016 argument about giving voters a say, “but when the shoe’s on the other foot and he wants a judge, we’re fewer than 50 days away and that argument doesn’t cut any mustard.”

“It’s going to further spread cynicism in our system,” Clinton added. “Senator McConnell said before he thought the people were entitled to a say. I don’t know what’s happened to make him stop trusting the American people, but apparently when it’s to his advantage, the people are not entitled to a say. So it is what it is. It’s politics. But I think we should remember that.”

He pointed to comments from a few Republicans a few years ago about the scenario the Senate is currently facing, saying, “It’s a power play, and they think they can do it.”