Time for Macron to enact plan B after deadline for new gov. passed 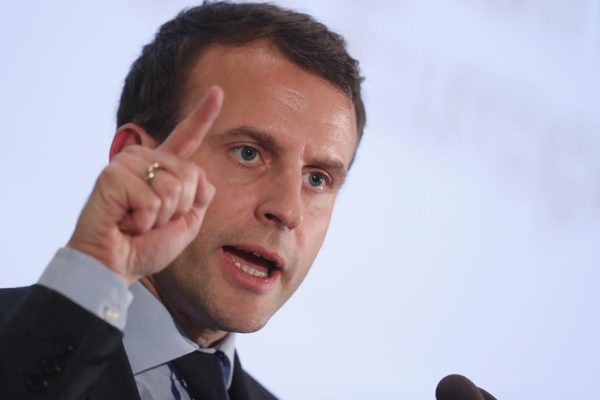 The ruling class has again sabotaged the proposed reforms by insisting to install their representatives in key government positions. Lebanon’s Prime Minister-designate Mustapha Adib is facing demand by the so called Shiite duo, the Amal Movement, led by Speaker Nabih Berri, and the Iranian-backed Hezbollah, to name several ministers including the critical position of finance minister, which is opposed by almost all other factions.

Beirut- A deadline set by French President Emmanuel Macron for the formation of a new Lebanese government, as per his much-talked about plan to pull Lebanon back from its worst political and financial crisis in decades, has passed without the slightest indication the deadlock will be resolved anytime soon.

On 1 September, Macron said that on his visit to Beirut Lebanon’s leaders “assured” him that a new government would be formed in two weeks to undertake “the substantial” reforms Macron and other world leaders had demanded before the country could get further assistance to salvage the crumpling economy.

Lebanon’s Prime Minister-designate Mustapha Adib has been trying for the past three weeks to form his cabinet, which was supposed, according to the French proposal, to comprise independent technocrats, not affiliated with the leading parties that are widely blamed for the corrupt system, which plunged Lebanon to the economic and political abyss.

But as expected by most Lebanese, the ruling class has again sabotaged the proposed reforms by insisting to install their representatives in key government positions. A key stumbling block Adib facing is a demand by the two main Shiite parties, Amal Movement, led by Speaker Nabih Berri, and the Iranian-backed Hezbollah, to name several ministers including the critical position of finance minister, which is opposed by almost all other factions.

The two Shiite parties seek to have a veto power over cabinet decisions because all these decisions must also be signed by the finance minister.

This essentially goes against the essence of the French plan, aimed at uprooting endemic corruption and prevent the ruling elite from controlling the finances Lebanon expects to get from international organisations following the government formation.

Past aid went into the pockets of corrupt politicians and parties. Little was spent on paying the mounting pile of debt, improving the debilitated infrastructure or creating jobs for millions of unemployed youth.

Macron has recently said France wants to help Lebanon get out of its financial and political crisis, but failing to implement structural reforms within a 3-month period would result in “punitive actions”, including withholding international aid and possibly even sanctions against leading politicians.

The French president was warned by many that he cannot entrust a corrupt ruling class with reforming the system. It is time of reckoning for him and Lebanon.

Macron has probably given this his best shot. Now, it most probably is time to enact his plan B. There does not seem to be a way out of the current impasse without serious measures — a game changer to convince the country’s factions that the Lebanese people and the international community has had enough.