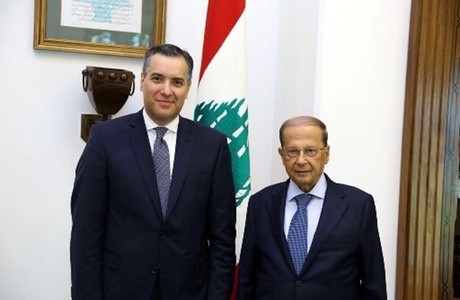 Al Jamhourieh newspaper reported that PM designate Mustapha Adib is insisting on the formation of a small and efficient cabinet not to exceed 14 members.

The daily added that Adib also wants experts who are competent in the assigned ministries , who may have political affiliations but will not be provocative type people .

Adib reportedly already has the list prepared and may discuss with president Michel Aoun on Saturday and if finalized may announce it on Monday,

Aoun on the other hand reportedly wants a 24 member cabinet of political technocrats , similar to the outgoing Hezbollah backed failed cabinet of PM Hassan Diab.

Lebanon has been facing an uphill struggle to deliver the new government next week as promised by its leaders to French President Emmanuel Macron, but the new U.S. sanctions on Hezbollah allies are being used as an excuse to delay the process, Lebanese political sources said.