How the world reacted to normalization of Bahrain, Israel ties 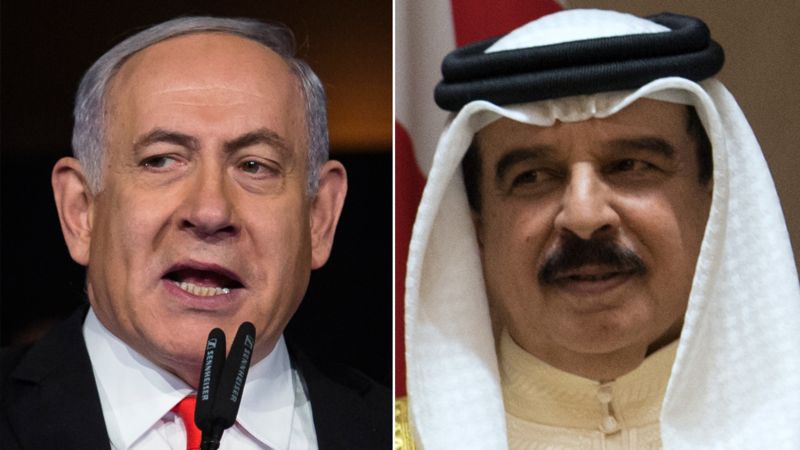 Bahrain has become the latest Arab nation to agree to normalise ties with Israel as part of a broader diplomatic push by US President Donald Trump and his administration.

Trump hailed the deal as “a historic breakthrough”.

The agreement comes only a month after the United Arab Emirates became the first Gulf Arab country to reach a deal on normalising relations with Israel, capping years of discreet contacts between the two countries in commerce and technology.

Bahrain is the fourth Arab nation to reach such a deal with Israel after Egypt, Jordan and the UAE.

Here is how other nations and stakeholders in the Israeli-Palestinian conflict reacted to the Bahrain-Israel deal:

The Palestinian Authority (PA) condemned the Bahrain-Israel normalisation deal as another betrayal by an Arab state.

The agreement was “a stab in the back of the Palestinian cause and the Palestinian people”, like the UAE-Israel deal announced last month, Ahmad Majdalani, social affairs minister in the occupied West Bank-based PA, told AFP.

Hamas, which controls the Gaza Strip, said the deal was an “aggression” that dealt “serious prejudice” to the Palestinian cause.

The UAE welcomed the decision by Bahrain and Israel to establish relations, saying that it hoped it would have a positive effect on peace and cooperation in the region and around the world.

“The move represents a significant step towards an era of security and prosperity … (and) would expand the scope of economic, cultural, scientific, and diplomatic avenues of cooperation,” the UAE foreign ministry said in a statement.

On September 15, the UAE will formally normalise ties with Israel, a move that was announced last month. Bahrain and Israel will sign a declaration on the same day.

Bahrain’s agreement with Israel is a “great betrayal of the Islamic cause and Palestinians”, tweeted Hossein Amir-Abdollahian, special adviser on international affairs to the speaker of Iran’s parliament and former deputy foreign minister.

For the record , Iran was the second Muslim-majority country to recognize Israel as a sovereign state (in 1953) after Turkey but broke ties after the 1979 revolution

The agreement would help establish “stability and peace in the Middle East, in a way that achieves a just and permanent settlement of the Palestinian issue,” el-Sisi said on Twitter.

The Turkish Foreign Ministry strongly condemned Bahrain’s decision to establish diplomatic ties with Israel, adding it will deal a fresh blow to efforts to defend the Palestinian cause.

“It will further encourage Israel to continue illegitimate practices towards Palestine and its efforts to make the occupation of Palestinian lands permanent,” the ministry statement said.

For the record , Turkey was the first Muslim majority country to ever recognize the State of Israel and continues to maintain its diplomatic ties with Israel.

Jordan’s foreign minister Ayman Safadi said in a statement that the necessary steps to achieve a fair and comprehensive peace in the region should come from Israel.

Safadi added that Israel should stop all its procedures to undermine the two-states solution, and end the illegal occupation of the Palestinian lands.