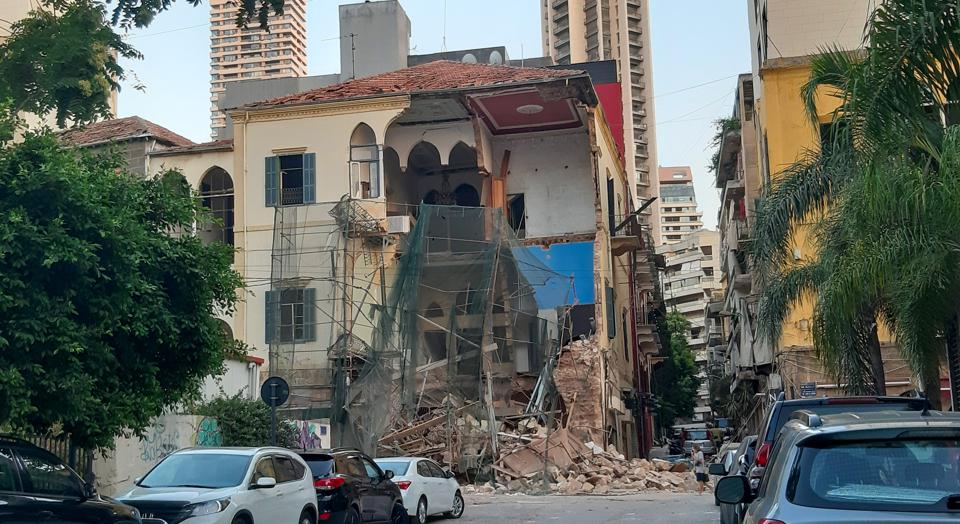 A Lebanese couple check out the damage to their house in an area overlooking the destroyed Beirut port. AFP VIA GETTY IMAGES
Share:

Following the devastating twin explosions in Beirut, Lebanon, on 4 August, UNESCO mobilized leading cultural organizations and experts from Lebanon and abroad in an online meeting on 10 August to coordinate emergency and longer-term measures to safeguard the city’s severely damaged cultural heritage and rehabilitate its cultural life.

The explosions at the port of Beirut did not only claim hundreds of lives and leave thousands injured, they also inflicted severe damage to some of Beirut’s most historic neighbourhoods, major museums, galleries and religious sites and came at a time when Lebanon was already reeling from a series of other crises, including the COVID-19 pandemic.

UNESCO, responding to the Directorate-General of Antiquities of Lebanon’s call for support, will lead the international mobilization for the recovery and reconstruction of Beirut’s culture and heritage, based on the Directorate-General’s technical needs assessment and the International Action Plan for Culture in Beirut, which UNESCO is currently developing with all its partners in Lebanon and abroad.

Dr Sarkis Khoury, Director-General of Antiquities at the Ministry of Culture of Lebanon, shared an initial assessment of damage to cultural institutions and heritage sites in the city. He noted that at least 8,000 buildings, many concentrated in the old districts of Gemmayzeh and Mar-Mikhaël, were affected. Among them are some 640 historic buildings, approximately 60 of which are at risk of collapse. He also spoke of the impact of the explosion on major museums, such as the National Museum of Beirut, the Sursock Museum and the Archaeological Museum of the American University of Beirut, as well as cultural spaces, galleries and religious sites.

The coordination meeting marked the first step in UNESCO’s ongoing commitment to ensuring that Beirut’s rich cultural life and heritage can continue to serve as a source of strength and resilience for the Lebanese people.

“The international community has sent a strong signal of support to Lebanon following this tragedy,” said Ernesto Ottone R., Assistant UNESCO Director-General for Culture. “UNESCO is committed to leading the response in the field of culture, which must form a key part of wider reconstruction and recovery efforts.”