Hunger will kill children in Lebanon by year’s end, Save the Children warns 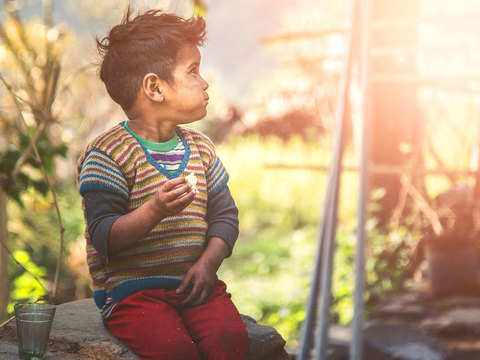 to set up assistance mechanisms covering the basic needs of the most vulnerable
Share:

Close to a million people in Beirut can no longer afford basic necessities and children are likely to starve to death this year, the charity Save The Children said Wednesday.

The group said 910,000 people, more than half of them children, in the Greater Beirut area no longer have sufficient amounts of food because of the economic crisis.

“We will start seeing children dying from hunger before the end of the year,” said Jad Sakr, acting country director of Save the Children in Lebanon.

Lebanon’s economy has collapsed in recent months, with the local currency losing 80 percent of its value, businesses closing en masse and poverty soaring at the same alarming rate as unemployment.

The economic crisis, the worst in Lebanon’s history, is compounded by the loss of income caused by the COVID-19 pandemic.

The charity recounted the case of a young Syrian mother living in southern Lebanon whose nine-year-old daughter offered to sell tissues on the highway so her siblings would not starve, Agence France Presse reported.

Save The Children urged the government of Lebanon, which has yet to strike a deal with the International Monetary Fund for emergency aid, to set up assistance mechanisms covering the basic needs of the most vulnerable, AFP said.