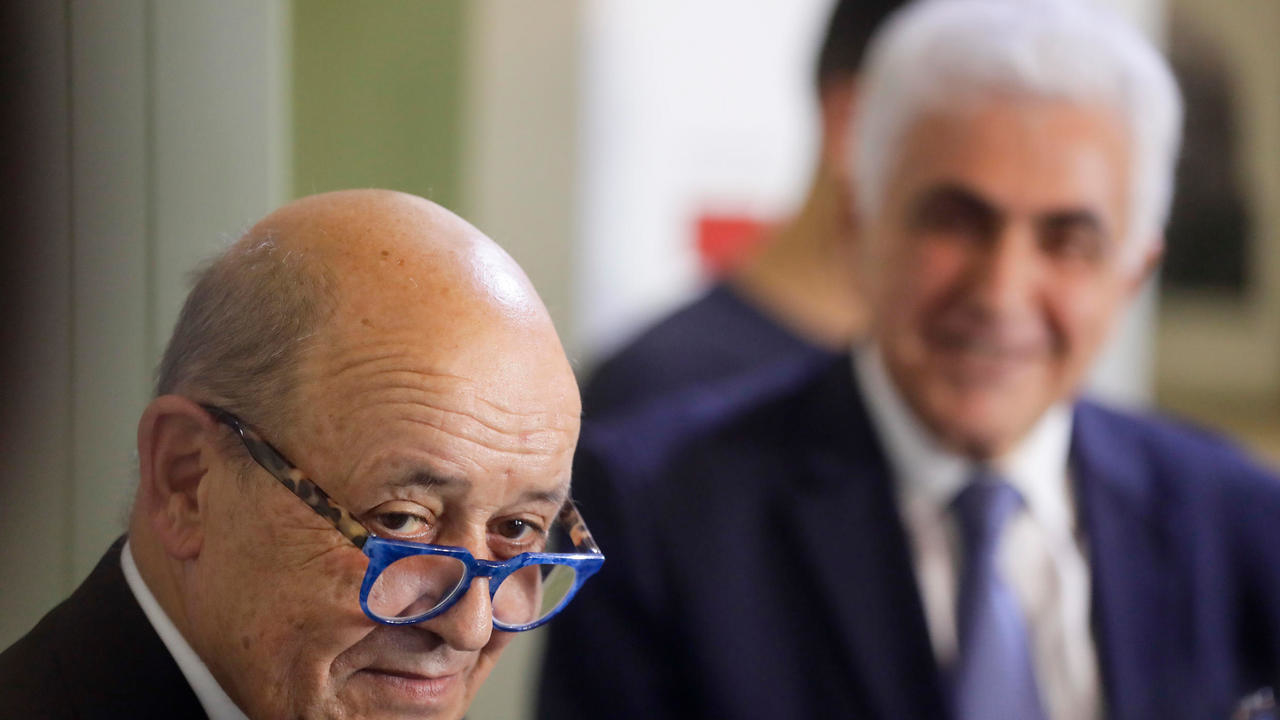 France’s top diplomat Jean-Yves Le Drian voiced his disappointment Thursday at the speed of reforms in Lebanon and warned that any international assistance hinged on urgent action.

Lebanon is in the midst of its worst economic crisis since the 1975-1990 civil war, marked by a steep currency fall and runaway inflation that have plunged nearly half of the population into poverty.

“Concrete actions have been expected for too long,” Le Drian said on the first such visit of a top foreign politician in months.

“It is today urgent and necessary to embark in a concrete way on the path of reforms,” he said in a statement to the press after meeting his counterpart Nassif Hitti.

The free-falling economy has sparked mass protests since October against a political class accused of being incompetent and corrupt, and seen tens of thousands lose their jobs or part of their income.

After the country defaulted for the first time in March, the government pledged reforms and two months ago started talks with the International Monetary Fund.

But the negotiations have hit a wall, with two top members of the government team resigning over alleged lack of commitment to reform.

“There is no alternative to an IMF programme to allow Lebanon to exit the crisis,” Le Drian warned.

Lebanon’s government says it needs more than $20 billion in external funding, which includes $11 billion pledged by donors at a Paris conference in 2018 that was never delivered over lack of reforms.

Analysts say a deal with the IMF is key to unlocking any further aid.

“France is ready to fully mobilise at Lebanon’s side and to mobilise all its partners, but for that serious and credible recovery measures have to be implemented,” the French minister said.

He singled out as an example the loss-making electricity sector, where reforms have been dragging for years.

“I can say clearly that what has been done until now in this field is not encouraging,” he said.

Prime Minister Hassan Diab earlier told the French minister they had faced difficulties during the talks with the IMF.

But “we are determined to continue negotiations and we hope for help from France to accelerate them because the financial situation in Lebanon cannot withstand the delay.”

Also on Thursday, British Minister for the Middle East James Cleverly was on his first “virtual visit” to Lebanon, the British embassy said.

“Reform, economy and security are top of agenda,” it said in a statement Wednesday.

Lebanon is burdened by sovereign debt equivalent to 170 percent of its GDP.