‘Help us to help you’, France tells crisis-hit Lebanon and be neutral 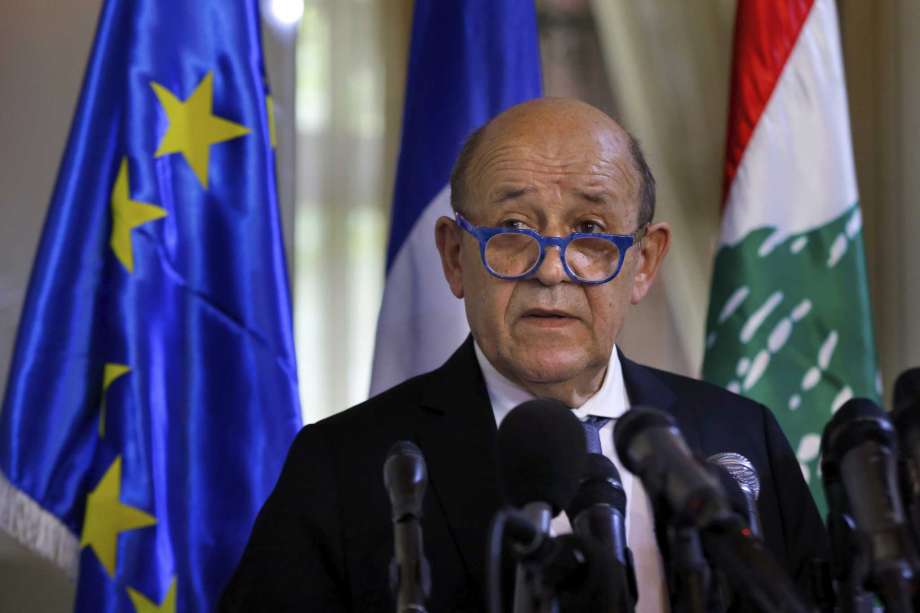 BEIRUT – France told Lebanon on Thursday it had no alternative to an IMF programme as it wrestles with an acute financial crisis and Beirut must enact reforms urgently if it is to win international support.

“Help us to help you is the message of my visit,” Foreign Minister Jean-Yves Le Drian said after meeting Lebanese leaders in Beirut, adding that Paris stood ready to mobilise support but there must be concrete action on reform.

The financial crisis, rooted in decades of state corruption and waste, marks the biggest threat to Lebanon’s stability since the 1975-90 civil war. A collapsing currency has led to soaring inflation and poverty and savers have lost free access to accounts in a paralysed banking system.

Former colonial ruler France has led international efforts to get Lebanon to reform, hosting a donor meeting in 2018 when more than $11 billion was pledged for infrastructure investment contingent on reforms which were promised but not delivered.

Lebanon began talks with the International Monetary Fund (IMF) in May but these have been put on hold in the absence of reforms and as differences arose between the government, the banking sector and politicians over the scale of vast financial losses in the system.

One area donors want to see progress is in fixing the state-owned electricity grid which bleeds up to $2 billion a year in public funds while failing to meet the country’s power needs.

Le Drian said actions in the power sector so far were not encouraging.

Lebanon, with one of the highest public debt burdens in the world, defaulted on its foreign currency sovereign debt in March, citing critically low reserves. The Lebanese pound has lost some 80% of its value since October.

Le Drian also said it was essential for Lebanon to respect a policy of staying out of conflicts in the region, where the Lebanese Shi’ite group Hezbollah has supported Iran in its power struggle with Sunni-led Gulf Arab states.

His last comment was a possible nod to Maronite Patriarch Beshara el-Rai’s campaign for Lebanon neutrality. Rai has been stressing in his campaign that only neutrality makes Lebanon an independent and sovereign state capable of imposing its authority on all Lebanon’s territory.