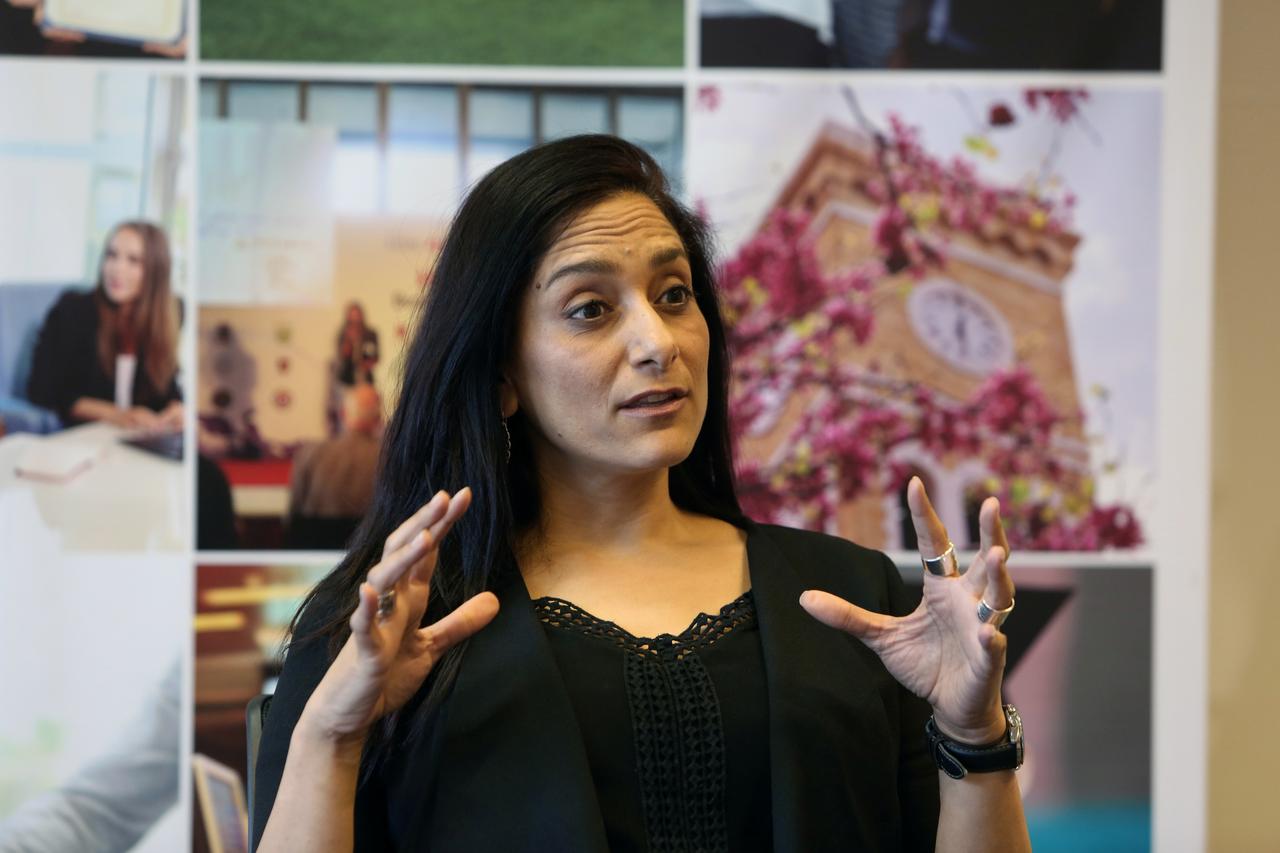 BEIRUT (Reuters) – A pioneering academic at Lebanon’s most distinguished university, Charlotte Karam has enjoyed professional success that has made her decision to leave the country all the more heart-wrenching.

An associate professor at the American University of Beirut (AUB), she has founded a centre to facilitate career success for women across the Arab world and with her team helped draft legislation against sexual harassment in Lebanon, the first of its kind.

But like many of Lebanon’s brightest people, Karam is on her way out of the country as it sinks ever deeper into crisis, part of a brain drain that points to crushed hopes and fear for the future.

“Leaving Lebanon is leaving a part of me. It’s a huge conflict,” said Karam, 45, a mother of two with a PhD in Applied Social Psychology.

“Every fibre in my body is telling me I have to stay to continue my work from Lebanon, but my fear is for the kids and their future,” said Karam, who was born in Canada to Lebanese parents.

In August, she will move back to Canada with her family, a decision shaped by the turmoil that has swept Lebanon since its financial system collapsed last year, shattering lives nationwide.

The crisis is widely seen as the biggest threat to Lebanon’s stability since the 1975-90 civil war.

Professionals including doctors, academics, entrepreneurs, and designers are planning to leave. Some have already gone. In many cases, they are drawing on second nationalities acquired by parents or grandparents who left Lebanon in emigration waves of the past.

The brain drain is stripping Lebanon of the kind of talent needed to bring about recovery.

It is a testament to the failure of Lebanese politicians to chart a path out of a crisis of their own making, and signals widely shared concern for the stability of a country that never fully recovered from its last war.

“Every time I sit with Lebanese colleagues, children of the civil war, they tell me to leave. ‘No-one should have to live the way we lived’. They are encouraging me to leave while they are stuck here. It’s heart-breaking,” Karam said.

She is moving to Ottawa, joining her brother who left Lebanon in 2015 as its slowing economy forced the sale of a once successful construction equipment business he ran with her husband. She will continue her work for AUB from Canada.

Karam’s family have moved between Canada and Lebanon since the beginning of the last century. Her grandfather moved there from Lebanon in the 1950s, helped by an aunt who was the first to emigrate to Canada decades earlier.

Her parents brought the family to Lebanon in 1993.

“Lebanon was entering into high spirits and hope of rebuilding,” she said. “There were people who were returning, from North America, Australia, England, the Gulf, it was beautiful.”

“It was really a wonderful time.”

Lebanon has since endured numerous crises, including war with Israel, assassinations and political conflicts. Yet the current crisis is seen as the most dangerous of all.

The Lebanese pound has sunk by around 80%. Poverty, unemployment and prices are soaring, and depositors have lost access to their life savings.

The crisis, rooted in decades of corruption and bad governance, came to a head last October as the country was swept by protests demanding the reform of the sectarian system.

Karam took part and with colleagues drew up plans for the kind of competence-based governance many in Lebanon dream of.

“There was a big bubble of hope then the economic collapse, coupled with COVID-19 burst it,” she said.

“I blame the government and every single politician. We are done with the entrenched political class … It is shameful that they could allow the country to spiral so badly out of control.”