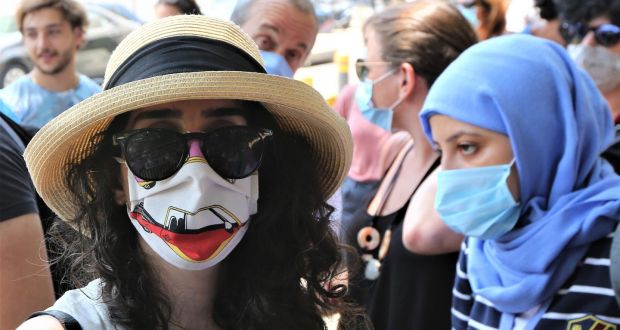 “It is a tragic country in a tragic situation, there is no horizon that is a little bit bright,” former environment minister Mohamed Mashnouk told The Irish Times by telephone from Beirut.

He blames the politicians for seeking to secure their own interests rather than those of the country. “They have to put their differences aside and stand shoulder to shoulder to save Lebanon.”

The value of the Lebanese currency, the lira or pound, has plunged 80 per cent since October. Withdrawals from banks are limited and paid in depreciating Lebanese liras. Inflation is soaring, driving up the prices of food, medicines, fuel and other essential goods.

During the day there are two two-hour periods of electricity outage; at night three hours. For those who can afford them, generators and batteries provide power during outages.

Lebanese have been reduced to three classes, Mr Mashnouk says, “poor, poorer and poorest”. The World Bank cites government reports that 22 per cent live below the extreme poverty line. The official unemployment rate is 30 per cent.

Crime levels are going up and Lebanon’s internal security forces have reported a significant increase in thefts and robberies this year, while Mr. Mashnouk says armed carjacking and mugging are also on the rise.

After Lebanon recorded daily double- and triple-digit Covid-19 infections, health minister Hamad Hassan warned of a surge since the lifting of lockdown and reopening of the airport. More than 2,800 cases and 41 deaths have been confirmed.

Mr Hassan said a surge could overwhelm Lebanon’s hospitals, which are already under strain. Beirutis were shocked when the American University Hospital, the country’s premier medical facility, sacked 850 administrators and nurses because of the dire economic situation.

Fadlo Khuri, president of the 154 year-old American University of Beirut, has cut dozens of faculty and staff members and appealed for rescue funds fromalumni and international donors (Irish Times )