Aoun refuses to commit to a neutral Lebanon 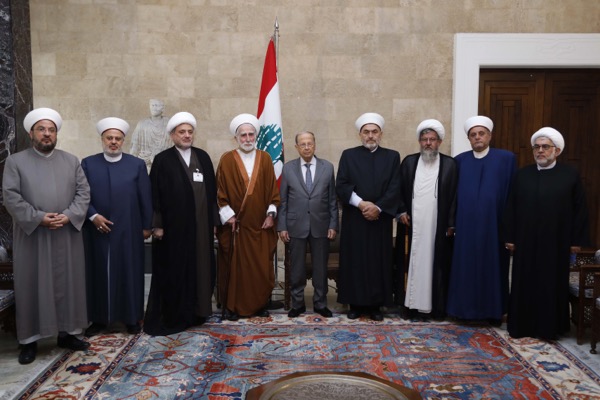 “Neutrality does not mean that states give up their right to self-defense,” Aoun said

“Accordingly, we have to maintain our stance: we won’t attack anyone or support disputes or wars at all, but we are obliged to defend ourselves, regardless whether we are neutral or not ,” the president added.

His remarks come a day after he met in Baabda with Maronite Patriarch Mar Bishara Boutros Al-Rai, who told Aoun that Lebanon needs to stay neutral to be saved from hunger and poverty and urged the Lebanese to keep out of conflicts in Arab countries

Aoun is a key ally of the Iranian backed Hezbollah militant group which has been involved in regional and International conflicts despite the 2012 Baabda declaration which was aimed at neutralizing Lebanon from regional conflicts .

In his recent sermons, Rai repeatedly called for neutralizing the country as a way out of its crisis

in an interview with Vatican News on Thursday Patriarch Rai said there is a kind of Hezbollah domination of the government and Lebanese politics stressing that Lebanon does not want its involvement in regional conflicts and that neutralization is the solution.

“We are not against Hezbollah, but we want to live together on an equal footing and build our Lebanese society.”

He added: “The Lebanese identity today is threatened because we are left out of the Arab countries, especially the Gulf, and left out of Europe and America, because everyone says we cannot help Lebanon because if we do help Lebanon we are helping Hezbollah because it controls the country.”

Earlier today Iranian ambassador to Lebanon Mohammed-Jalal Firouznia visited the Patriarch at his summer residence in Dimane to assure him of Iran’s help .