Lebanon, other Middle East countries should beware of Chinese debt 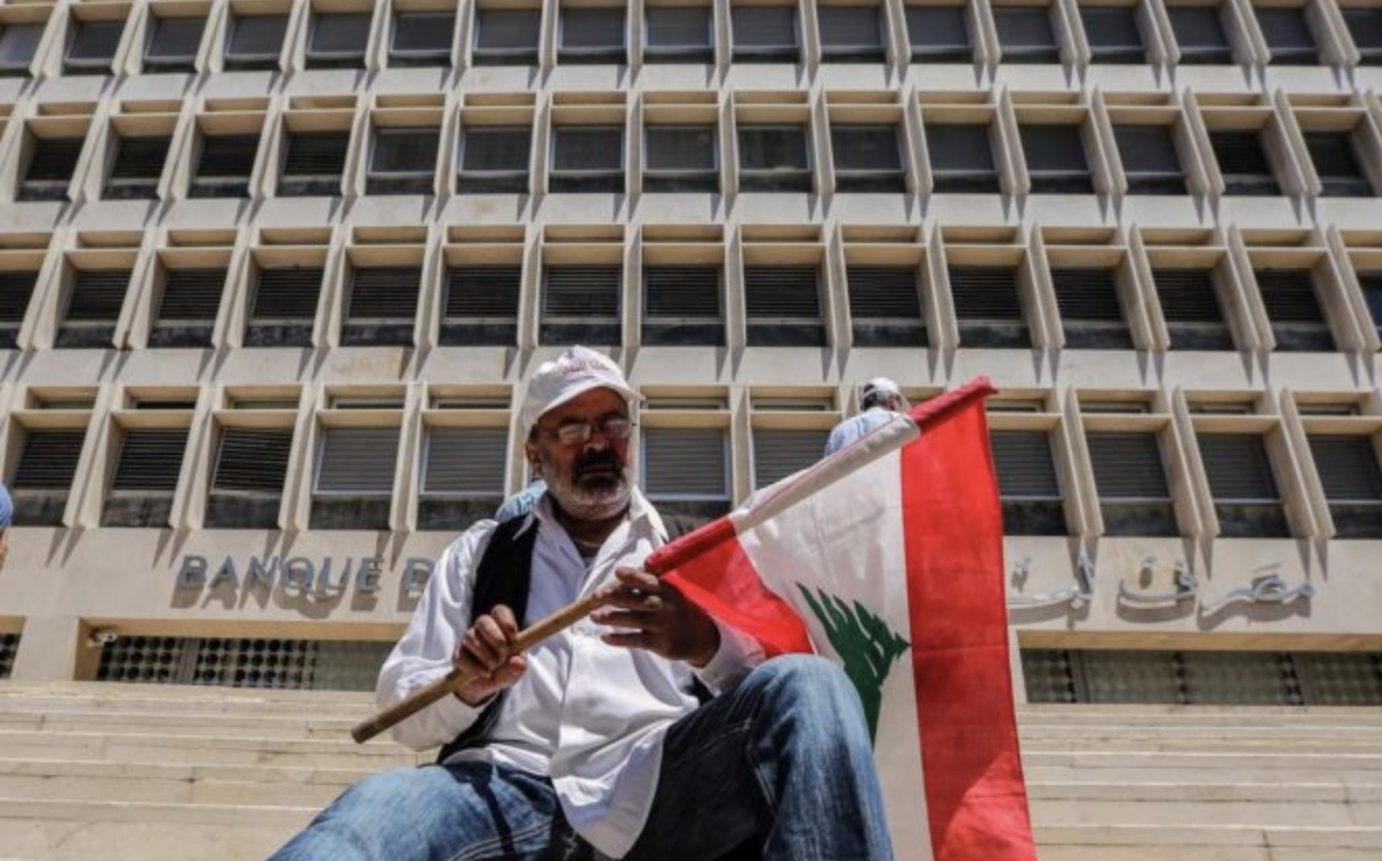 A retired army officer protests in front of the Lebanese Central Bank in Beirut on May 13, 2019. Can China rescue the country from economic dire straits? Photo: AFP / EPA
Share:

To Lebanon and other nations in economic distress, Chinese debt may seem an appealing option, but it’s a case of buyer beware

Lebanon’s economic crisis is deepening. Its currency is plummeting in value and hyperinflation is setting in. The situation is dire for the population and government, with emergency funding being sought from the International Monetary Fund.

But the IMF is not the only lender some Lebanese are looking toward. The militant group Hezbollah, which holds a position in government, is touting the possibility of alternative funders to ease Lebanon’s economic pain.

Hezbollah’s leader Hassan Nasrallah claimed in mid-June that China was ready to invest billions into Lebanon’s infrastructure. A meeting on June 30 between a Chinese delegation and the Lebanese prime minister, along with the ministers of industry, public works and transport, energy and water, and tourism and environment further stoked speculation that China might be ready to invest into Lebanon as part of its Belt and Road Initiative.

Chinese investment is not yet guaranteed, and Beijing may balk at the idea of throwing money into one of the world’s worst debt crises. But the situation has highlighted the fact that poorer or smaller countries in the Middle East may look to secure loans from China in order to help fund infrastructure investments or ease economic crises.

Beijing has seemed willing to contemplate such a scenario. In 2018, at the China-Arab States Cooperation Forum, President Xi Jinping outlined US$20 billion in loans China was willing to extend to the Arab world. Apart from Lebanon, other countries often mentioned as the most likely recipients of Chinese largesse are Syria, Jordan and Yemen.

These loans inevitably will bring China greater influence. It’s natural to want to maintain a good relationship with your lender, so extending loans will bring Beijing greater leverage. China, for example, now holds more than 70% of Djibouti’s debt, a country where public and publicly guaranteed debt has risen to more than 100% of gross domestic policy. Significantly, China also chose Djibouti as the site of its only overseas military base, despite objections from Washington.

But there are other dangers for countries in the Middle East that might consider taking on too much Chinese debt. Chinese loans are often collateralized against infrastructure projects, and when the loans sour those projects are at risk of appropriation.

Examples abound in Africa and South Asia that could act as salutary lessons. In Sri Lanka, Beijing infamously assumed control of Hambantota Port in 2017 on a 99-year lease, in effect appropriating the very investment for which a loan was secured. Hambantota sits on a strategic maritime highway across the Indian Ocean and has further fed concerns in New Delhi and Washington that China may seek to utilize various port facilities in the region for military means.

In Zambia, which owes 30% of its debt to China, Beijing has reportedly sought to gain control over mining assets in the copper-rich country during debt renegotiations, while reports have circulated about similar negotiations involving ownership of parts of the country’s main airport and power supplier. China already controls 60% of a joint venture with the state broadcaster that has granted exclusive licenses for content service provision and signals distribution.

Similar negotiations have occurred over Uganda’s primary airport and Kenya’s lucrative port of Mombasa, which has reportedly been viewed as a way for China to ensure a return on its investment in Kenyan railways.

Infrastructural investment can be an effective way in which to boost both current economic activity through the construction sector, and future activity through facilitating trade or travel. But taking on significant debts to do so can put those projects at risk, particularly when they are collateralized against the project itself. And when these projects also are built by Chinese companies using Chinese labor, the benefits are marginal to the host country.

For Middle East countries considering ways in which to rebound from the Covid-19 pandemic, or just maintain lines of credit and funding following years of poor growth and/or excessive borrowing, Chinese debt may seem an appealing option. It comes with no conditions, and little pressure for governance reforms. And historically, China has been willing to renegotiate debt to prevent default, with asset seizure, as in the case of Hambantota, a rare occurrence.

But the danger is that the loans will deliver few benefits to the debtor country. At the same time, Beijing, which has a history of offering loans to commercially unviable projects for political benefits, will be keen to ensure that any losses incurred will be recouped through other means if necessary.

For countries in crisis, the lure of an immediate injection of funding for infrastructure projects may be too great to resist. But the remedy might be short-lived. Indeed, a politically fractured nation like Lebanon – inundated by refugees, sharing a border with a failed state in Syria and teetering on economic and financial crisis – offers massive opportunities for one like China to recast the country in ways its citizens may not recognize or want.

China’s activities in countries such as Zambia have led to criticisms of a kind of debt-fueled neo-colonialism. Rather than using direct military control as in the era of European colonialism, countries such as China are able to gain leverage and at times assume control of key resource or infrastructural assets in the service of their interests through the tools of finance.

This article was provided by Syndication Bureau, which holds copyright.